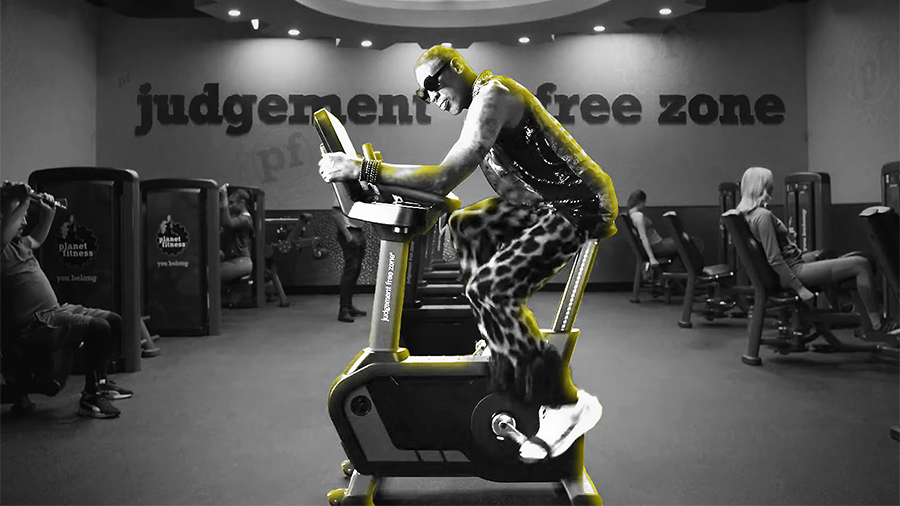 Planet Fitness has seen a strong recovery from the pandemic, with the first quarter marking an all-time record-high for membership count, at 16.2 million members. To continue to drive same-store growth, Planet Fitness is looking to connect with teens.

“Gen Z was the fastest-growing demographic group of our membership in 2021, bringing our total share of that generation, who are over the age of 15, to nearly 8 percent, which is exciting as only half of Gen Zs are even looking to join our gyms,” said Planet Fitness CEO Chris Rondeau on the fitness chain’s first-quarter conference call. “And research shows that Gen Zs, like Millennials, prioritize an active lifestyle more so than previous generations. We are focused on building lifelong brand loyalty with both generations to capitalize on our appeal to these groups.”

To reach the demographic, Planet Fitness is bringing back its High School Summer Pass, a rebrand from the Teen Summer Challenge program, following a two-year hiatus. Under the pass program, high school-aged teens can work out for free in all Planet Fitness gyms all summer.

First launched in 2019, the program has resulted in nearly one million teen participants. Of those participants, more than 11 percent are currently Planet Fitness members.

“We believe the High School Summer Pass is extremely timely and incredibly important to the alarming teen mental health crisis in the U.S.,” said Rondeau. “According to the Journal of the American Medical Association, less than 15 percent of teens met their recommended daily physical activity guidance during the pandemic, while teens’ screen times doubled from pre-COVID estimates, not including virtual learning.”

Rondeau said Planet Fitness recently commissioned a nationwide study that found a majority of teens who exercised agreed that physical fitness makes them feel healthier, stronger and happier. Almost half admitted that they struggled with mental health for the first time since the pandemic.

“We want to be the fitness brand people think of first when they’re ready to lead to a healthy, active lifestyle,” said Rondeau. “We understand that fitness can be intimidating. And we’re focused on breaking down the barriers for all ages. More than five percent of the parents who joined our Teen Summer Challenge program are still members today.”

Rondeau also said Planet Fitness’ value pricing is a key differentiator for its business and expects to continue to support same-store growth.

“Our pricing model is another way that we are a disruptive force in the fitness industry,” said Rondeau. “It is a key driver of our 53 straight quarters of positive comps prior to the pandemic.”

The standard membership plan costs $10 a month, which is widely advertised, but six out of ten opt members join at the premium Black Card membership level, more than twice the price. Following a test this summer that was successful across key metrics such as acquisition rates, retention, average monthly dues per member, and margins, the price for a Black Card is $24.99 for all new members who join the gym.

Since the last price increase in 2019, a Black Card Membership includes access to any of its 2000-plus locations worldwide, bringing a guest every time you work out, massage chairs, hydromassage, tanning, and more.

“We believe there’s a tremendous untapped opportunity for our brand long term in the U.S. to get people off the couch,” said Rondeau. “Within 10 miles of the current Planet Fitness store, approximately 140 million people are up willing enough to join a gym but did not want any gym. With the fewer competitors due to significant industry consolidation, we believe that perhaps our 4,000-plus store potential in the U.S. may be the floor and not the ceiling for store growth.”

Overseas, Planet Fitness recently signed a licensing agreement in New Zealand to replicate the chain’s success in Australia, “where our growing fleet of clubs are performing very well since they reopened last year,” according to Rondeau. Eighty percent of the population in New Zealand does not belong to a gym.

Planet Fitness also recently opened its first doors in Mexico under the new development agreement signed last summer for at least 80 new doors stores over the next five years. Nearly 97 percent of the Mexican population doesn’t have a gym membership in a country where more than 70 percent of the people are considered overweight.

The Gen Z push and international expansion efforts come as system-wide sales increased 25.6 percent in the first quarter to $961 million. The growth was due to same-store sales growth, new stores and stores that opened this year that were temporarily closed last year. In the first quarter, the chain added 37 new stores, a nearly 70 percent increase over Q121. System-wide same-store sales advanced 15.9 percent.

Rondeau said Omicron spikes impacted usage early in the quarter. In January, gym usage dipped below the 90 percent index of 2019 that the chain achieved most of last year, with higher member usage historically corresponding with higher join activity. As the quarter progressed, both join and use rebounded.

While net membership growth in February and March 2022 outpaced 2019, it wasn’t enough to make up for January’s softness. However, by the end of the quarter, approximately 30 percent of its mature stores hit pre-pandemic membership levels. In the final week of Q1, usage was back above the 90 percent index to 2019. Said Rondeau, “We continue to see that people who are working out are doing so more frequently.”

Total revenue to Planet Fitness increased from the prior-year period by 66.9 percent to $186.7 million. For the first quarter, the average royalty rate was 6.4 percent, up from 6.3 percent.

Beyond higher royalty revenue, the growth reflects a 100 percent increase in revenue in the corporate-owned store segment, driven by the acquisition of 114 stores from Sunshine Fitness. Equipment segment revenue surged 206 percent due to higher sales to new and existing franchisee-owned stores. For the quarter, replacement equipment accounted for about 40 percent of total equipment revenue.

Planet Fitness reiterated its guidance for 2022 that calls for:

Asked about competitive pressures in the Q&A session, Rondeau said he believes home fitness will continue to play “second fiddle” to in-person fitness as “the key driver of health and wellness.” He said the finding is not only reflected in the recent results of Peloton and others in the home fitness space, but Planet Fitness’ digital content consumption remains above pre-pandemic levels but isn’t “anything close to where the consumption was when” gyms were closed.

He also said Gen Z’s are joining “at just an astronomical rate” to underscore the appeal of the in-person gym experience.

Finally, he said the Planet Fitness model has proved resilient during the pandemic, with Planet Fitness not having to permanently close one location while 25 percent of overall U.S. gyms and fitness boutiques closed over the last two years. He added that inflationary concerns would make Planet Fitness’ value-priced proposition stand out more.

“As a whole, maybe fewer people are looking to join gyms,” said Rondeau. “But the issue is that the ones that are, are only looking at Planet Fitness because they can afford it, right? Or they’re smarter with their money. So we win in those times. And some of our highest same-store sales in history were during the 2009/10 era. So I think people are not going to be healthier. As I think they’re going to continue to choose it, they’re going to be more cost-conscious at the end of the day.”