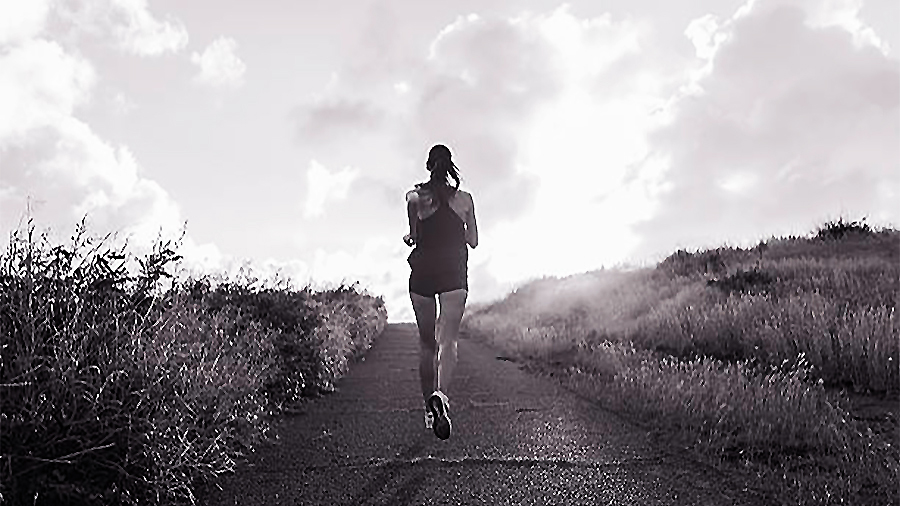 “Megatrends are the ‘blockbusters’ of change—long-term streams of societal change in habits, behaviors and morals,”

wrote Christoph Beaufils, brand strategist at ISPO, in an article that first appeared in “Niederbayerische Wirtschaft” of the Chamber of Industry and Commerce of Lower Bavaria.

Beaufils noted that according to futurologist Matthias Horx, megatrends have existed for more than 25 years, are worldwide and impact many areas of life. Beaufils stated, “They develop independently out of society and, unlike fashions, cannot be created in a planned way.”

1. Megatrend Individualization: The Freedom Of Self-Determination
Which way of life is the right one and which life decisions one can make for oneself are becoming more casual, and social expectations are being breached more often. Career, sexuality, family, consumption—everything is affected. This also leads to a “casualization of society.” People live casually—sneakers have long been socially acceptable, clothing follows the mood rather than the occasion and the same applies to leisure activities. And if you’re allowed to be everything, you need less of the individual. Minimalism and on-demand are setting in. Less is more but of higher quality and on-demand. The furnishing style is “Japandi,” which looks good and is universal. The choice of transportation is determined by the car-sharing app, and the tattered jeans now go well with the designer jacket. Thanks to “Vanlife,” you can even be at home anywhere on vacation. But it’s not just casual or sportswear that benefits; sharing models, subscription platforms and mass-customization offerings (from furniture customization to one-of-a-kind sneakers) have a tailwind.

2. Connectivity: Constantly Networked
Whether through WhatsApp, TikTok or Zoom calls in the home office, we are constantly connected to other people via the Internet. This megatrend was reinforced by the Corona pandemic when face-to-face meetings had to be replaced by chats, online computer games (eSports) and video calls. This also has implications for people’s health. On the one hand, digitization causes them to move less as they spend more time in front of screens or their smartphones. But it can also become an opportunity for sports and health by creating new possibilities through wearables, smart devices and digital training communities. In addition, more marketable augmented reality and virtual reality offerings are emerging that reduce barriers to entry, not just to sports.

3. Health: Much More than Just Not Being Sick
We have never been healthier. We are living longer and in better health, yet people are more concerned with their bodies than ever before. That’s because their understanding of what health means is about to change. It has long since ceased to stand for the absence of disease. Rather, health is understood as a synonym for a good, satisfied life. An important part of this is mindfulness, the conscious awareness and experience of the present moment. The goal is the overall health of the body and soul that gives strength and vital energy. “Healthstyle” is what ISPO calls the desire for balanced physical and mental fitness, which is increasingly becoming a lifestyle in its own right. The focus here is on self-optimization—a healthy mind in an athletic body has become a status symbol that cannot be bought or inherited but only earned. In the midst of this, there are also changes in eating habits and food.

4. Neo-Ecology: Sustainability Becomes an Economic Factor
Jute bags instead of plastic bags, bicycles instead of cars and farmer’s markets instead of supermarkets. Neo-ecology is considered the most important megatrend of the 2020s. Environmental awareness has long since become mainstream, and it is also shaking up the definition of luxury. It is not only changing social values, our everyday lives and politics, but is also challenging classic entrepreneurial thinking. Environmental awareness and sustainability are becoming key business drivers. Instead of focusing solely on maximizing their profits, companies are increasingly required to include sustainability, post-growth and the common good in their planning. In particular, the sports and outdoor industry must resolve the conflict of goals between experiencing nature and preserving nature. The increasing expectation for better working conditions, materials that conserve raw materials and low Co2 infrastructure and logistics affect all industries. Policymakers are fueling this trend. For example, the European Commission adopted the Circular Economy Action Plan (CEAP) in March 2020. It aims to initiate the transition to a circular economy in Europe. This megatrend is imperative because it is vital for all of us that qualitative growth does not replace quantitative growth too late.

5. Urbanization And Mobility: Urban Planning Meets Transport Transformation
Los Angeles, New York, Paris, Shanghai, Tokyo, Mexico City, and Berlin are some of the key cities defined by Adidas, which have a significant impact on human lifestyles. The Key City strategy makes sense because more people are living in cities and urbanization is also affecting the countryside. The consumption of living space per capita is increasing worldwide. Contrasts between urban and rural areas will increasingly dissolve. Life models that were once typical of the city, such as individuality and pluralization, are reaching the countryside. Conversely, village structures are also forming in the city, and the neighborhood is becoming the center of life. A livable city is now defined by its access to nature and sports—green spaces and water areas, sports facilities such as basketball courts, running tracks, half-pipes, or boulder halls become meeting places. The city becomes a sporting and cultural playground and a direct consequence is the “urban outdoor” trend. Smart cities are emerging and include technology-driven infrastructural solutions: Smart water treatment or cooling green skyscrapers for the heated cities, are still the small-minded concepts.

In the midst of the change is the concept of mobility—”Sheer Driving Pleasure” must be reinvented when autonomous driving becomes a reality and the car is only one component among many in the mobility concept of the individual. The “third space” is the term used to describe the moment gained in autonomous driving between home and work. Above all, to promote mental and physical health, the automotive industry would like to use this driving time. This third space will eventually join “Seamless Mobility.” The seamless transition of different mobility solutions—public transport meets car-sharing meets bike and more—that’s because the mobility revolution is being led by the bike primarily through its electrification. The bike boom will continue. Wide bike lanes with e-bikes, bike-sharing stations and cargo bikes increasingly characterize the cityscape.

6. Live And Excitement: The Thrill Of The Unrepeatable
“Collect memories, not money” is a telling saying that younger generations like to quote on Instagram & Co. However, it is not just Generation Y and its questioning character behind this, but rather the increasing value of unique moments in a networked world. More on-demand entertainment offerings and the constantly available access to information, faster Internet and cheaper cloud storage are increasing the value of unique moments and turning them into very special experiences.

The growing number of film, food and music festivals before the pandemic was already a clear phenomenon of this. At the forefront, however, is the moment of live sports. One can follow the athletes’ journey of suffering or success mostly over the game season, but above all, the final result is uncertain until the end. The tension of uncertainty tops everything. No sooner is the result known than it is already available in all the media, so the unique live experience cannot be recreated by “replaying” it. Missed is missed, and the significance has disappeared.

But it’s not just the sport, its sponsors, betting providers, and event organizers with their periphery of gastronomy and hotels, etc., that benefit from this, but above all media platforms that transport the live moment outside free TV. Thus, the offer of sports competitions is increasing and becoming more diverse. The growth of E-sports and the platform Twitch is one example among many. And it’s true that the more meaningful a moment, the more likely it is to want to be captured. Again, this is where a whole other industry ties in. What is clear is that the importance of the live moment and thus of the event is increasing, and not just because of the pandemic.