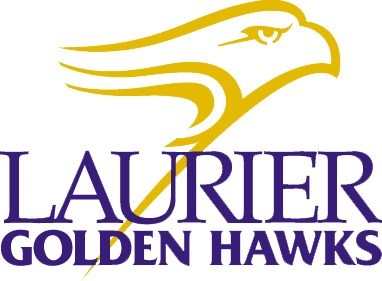 Waterloo Brewing is the new official beer, cider and ready-to-drink sponsor of Wilfrid Laurier University Athletics & Recreation. This new partnership is part of Waterloo Brewing's ongoing commitment to support and give back in our home market – Waterloo Region.

This partnership will provide over $360,000 to Laurier's outstanding athletic program over the next five years. Additionally, as included in the sponsorship, Waterloo Brewing has committed to offering three annual athletic scholarships with a goal to help BIPOC and 2SLGBTQ+ students.

"We couldn't be happier knowing our investment will create a positive impact for the university and community alike. We believe access to education helps build strong communities, so we hope to help inspire Laurier's student-athletes as they work hard at their post-secondary education, both on and off the field," said George Croft, President and CEO of Waterloo Brewing.

Waterloo Brewing has noted that Laurier Athletics' three core pillars of academic, athletic and community development align with their own commitment to give back to Ontario in a meaningful way.

"We were also searching for ways to help marginalized groups and individuals in our own community, and we think this new partnership with Laurier is a really intentional way to offer support," said Kim Mannerow, Director of Marketing at Waterloo Brewing.

"This sponsorship demonstrates Waterloo Brewing's local commitment and unwavering support for the many people who benefit from our athletic and recreation programs each year."  Said KP Anand, associate director, business development and operations with the Laurier Golden Hawks. Welcoming back in-person events and games this season will be nicely paired with a "golden pour" from the Waterloo Brewing family line up of products! Go Golden Hawks!

Waterloo Brewing Ltd. is Ontario's largest Canadian-owned brewery. The Company is a regional brewer of award-winning premium quality and value beers and is officially certified under the Global Food Safety Standard, one of the highest and most internationally recognized standards for safe food production. Founded in 1984, Waterloo Brewing was the first craft brewery to start up in Ontario and is credited with pioneering the present-day craft brewing renaissance in Canada. Waterloo Brewing has complemented its Waterloo premium craft beers with the popular Laker brand. In 2011, Waterloo Brewing purchased the Canadian rights to Seagram Coolers and in 2015, secured the exclusive Canadian rights to both LandShark® and Margaritaville®. In addition, Waterloo Brewing utilizes its leading-edge brewing, blending, and packaging capabilities to provide an extensive array of contract manufacturing services in beer, coolers, and ciders. Waterloo Brewing trades on the TSX under the symbol WBR. Visit us at www.waterloobrewing.com.