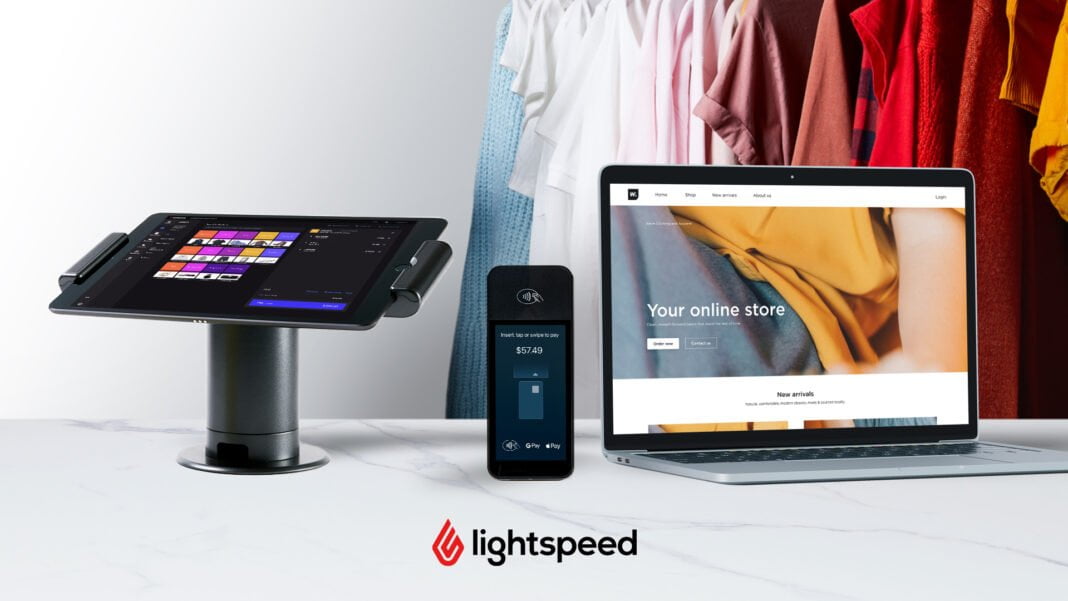 “The core of Lightspeed’s vision for retailers is a seamless commerce platform that tackles the key challenges modern merchants face not only today but also five years from today,” said Lightspeed CEO, JP Chauvet in a statement.

“The new Lightspeed Retail is the culmination of strategically combining Lightspeed’s leading technology and talented teams with those of our acquisitions, creating the ultimate product for the modern retailer. Not only are we bringing to market the best of ecommerce, payments, and POS so busy merchants can do it all from one platform, but this launch lays the groundwork for everything that is coming next, from fully-integrated supplier solutions to even more powerful consumer and buying data for our merchants.”

The company has also released its State of Retail 2022: Omnichannel is Do or Die, which shares data collected this year from over 7,200 global retail owners, managers, operators, and customers to see how they’re responding and reacting to a shifting retail landscape.

Ana Wight, General Manager of Retail for Lightspeed, said the key finding is that omnichannel is do or die.

“And what we mean by that our retailers need us to be able to have a platform and a product that works in the digital world where they want to be online or in the physical world with a brick and mortar store and I think through that report you can see that the way consumers want to shop, the way they want to spend, the growth of merchants that have embraced that omnichannel vision or way of working, and what we see are the trends that will continue to push us in that direction of meeting consumers where they are.”

Amber van Moessner, Head of Product and Industry Communications for Lightspeed, who worked on the report, said the omnichannel benefits are clear from the data.

“We’re moving into a new era where folks have adopted certain behaviours over the last two years where maybe those who weren’t really shopping online before maybe got started when retailers were closed,” she said. “And now that they’re eager to come back into stores, they still have this habit, the convenience of online shopping and click and collect. We’re really encouraging our merchants and retailers in general to think about how to diversify, where to meet their consumers, because consumers want that versatility and that flexibility, and the merchants who can really meet that demand are going to be the ones that succeed.”

Wight said the new platform is a culmination of years of Lightspeed innovation and the company’s recent acquisitions of Vend and Ecwid in the point of sale and ecommerce space.

“What we are taking to market is a platform that provides retailers with really comprehensive back office tools to optimize and control their businesses,” said Wight, adding that it will enable merchants to grow and scale their business.

“What we’re really excited about is the product being both really intuitive and beautiful and easy to use and learn which is really important for staff but at the same time being a very powerful, reliable platform for retailers to run their business.

“We’ve truly built a product for every retailer, whether they’re starting out, scaling, or expanding globally, with tightly-integrated technology all in one tool. The value of this fully integrated solution will only expand as we continue to bring industry-leading innovation to our customers, suppliers and their consumers.”

The new Lightspeed Retail is available on all platforms, web, iOS, and Android and is now available in North America, Australia, New Zealand, Singapore, Hong Kong, the UK, and South Africa.

Founded in Montréal in 2005, Lightspeed is dual-listed on the New York Stock Exchange (NYSE: LSPD) and Toronto Stock Exchange (TSX: LSPD). With teams across North America, Europe and Asia Pacific, the company serves retail, hospitality and golf businesses in over 100 countries.

Lightspeed’s retail report said sales growth is on the rise with omnichannel leading the pack: