Sports Distributors of Canada (SDC) hosted their Buying and Marketing Show at the Scotiabank Convention Centre in Niagara Falls, ON from November 14-16th, 2022. There were over 600 attendees at the show, including members from stores across Canada and the U.S., and vendor partners who hosted 143 booths across the show floor. On the Monday morning of the show, there were business presentations that highlighted the new branding initiatives, including 47 newly branded Source for Sports locations, with many more in progress.  We also reviewed the outstanding performance of the new national e-commerce website, sourceforsports.ca, which launched in February 2022 and the early sales performance of the new S-HOCKEY branded collection, exclusive to Source for Sports.  All these strategic initiatives were completed in the 50th anniversary year of SDC so there was much to be celebrated at the show!

On the Tuesday evening, a vendor reception was held where the ‘Hockey Vendor of the Year’ award was handed out to Bauer, with Bryan Mcdermott, Senior Director of Sales North America from Bauer on hand to accept the award on behalf of the team.

The SDC team looks forward to hosting everyone again at their next show, which will be held in Niagara Falls, ON from June 13th-16th, 2023 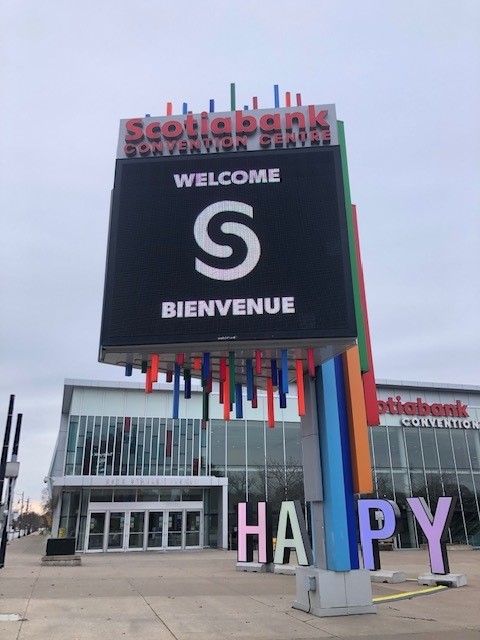