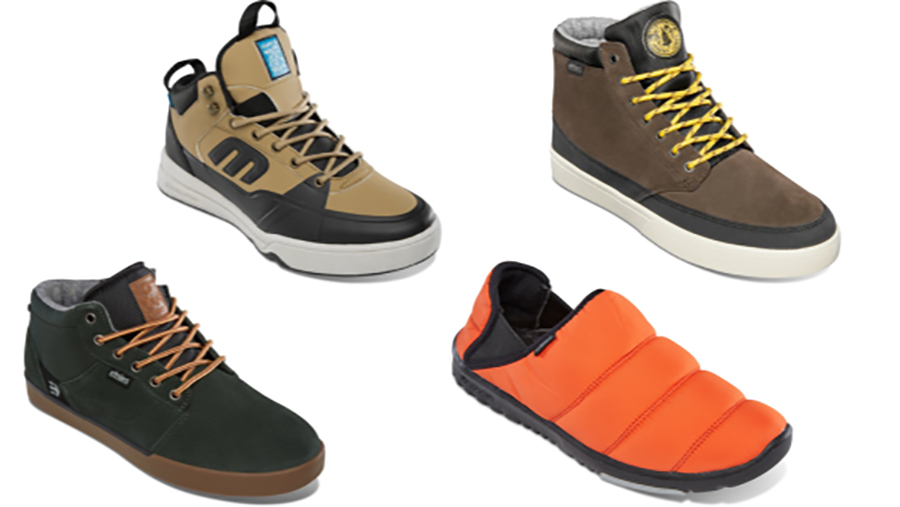 The Jameson HTW, the Jones MTW and the Jefferson MTW each feature a thermal heat retention aluminum stroble board.  Gusseted tongues and water-resistant treated uppers provide extra protection for keeping water and debris out.

The Jones MTW was designed and tested by Jeremy Jones and features a Bloom foam midsole, a plant-based foam made with algae biomass.

The vegan Scout Slipper is made to be worn at home (like a slipper) or outdoors with its water-resistant upper, STI Evolution outsole and rubber pods for traction. The collection comes in multiple neutral fall and holiday colors, as well as a pop of red/black/grey in the Scout Slipper.