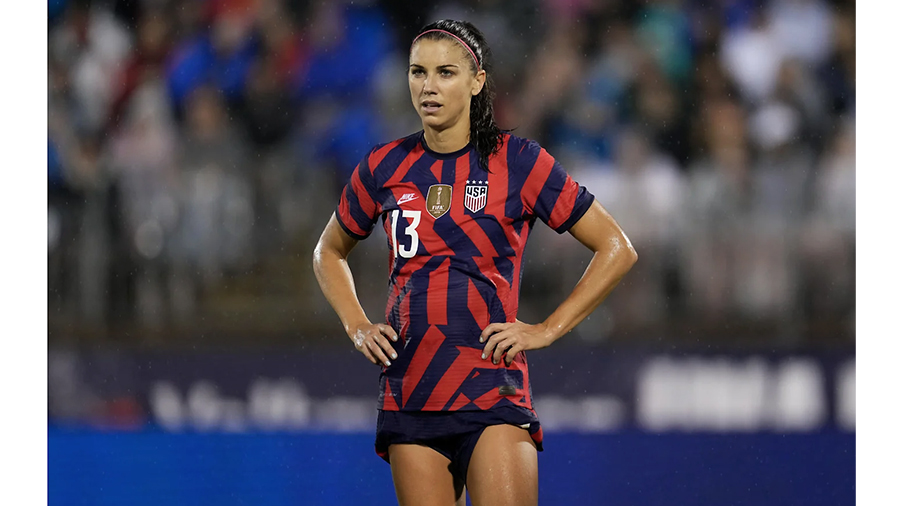 Sponsorship deals across women’s sports increased 20 percent year-over-year in 2022, according to a study by SponsorUnited. Nike and Adidas were the top brand partners for both professional and collegiate sports.

Finance brands, already the most active sponsorship category among women’s sports, upped their sponsorships by 30 percent, followed by apparel, accessories and media to round out the Top 3 brand verticals.

Among players, Alex Morgan of the National Women’s Soccer League (NWSL), shown lead photo, was the most endorsed female athlete of the year, scoring 27 brand deals in 2022, over Ali Krieger, Serena Williams and Naomi Osaka, the top three most-endorsed female athletes in 2021. Morgan is also endorsed by Coca-Cola, Google, Chipotle, Michelob Ultra, and AT&T, among others.

Among leagues, the Ladies Professional Golf Association (LPGA), with 940 brand deals in 2022, saw a 30 percent increase in contracts from the previous year and an 18 percent increase in new brand partnerships. Notable partnerships include Coca-Cola, Rolex and Epson. The LPGA held a 17-deal lead over the Women’s Tennis Association (WTA), which had 923 deals in 2022, followed by the National Women’s Soccer League, which had 496 deals.

“While Women’s sports have always faced a variety of disparities in the industry, their ability to win over audiences and drive an exceptionally high level of engagement for brands is undeniable,” said Bob Lynch, CEO and founder, SponsorUnited. “In recent years, attendance, viewership and social engagement for women’s sports and athletes have spiked, leading to long-overdue financial backing through investments and sponsorships that are visibly paying off and should only continue to accelerate.”