LONDON, ON, Oct. 20, 2022 /CNW/ - Twenty nations from across the world will bring 120 athletes to chop and saw their way to a gold medal at the 2022 STIHL TIMBERSPORTS® World Championship, the season finale for the global series. Athletes will compete at the Team World Championship and Individual World Championship competitions all being held in Sweden for the first time on October 28-29, 2022, at the iconic Partille Arena in the city of Gothenburg. 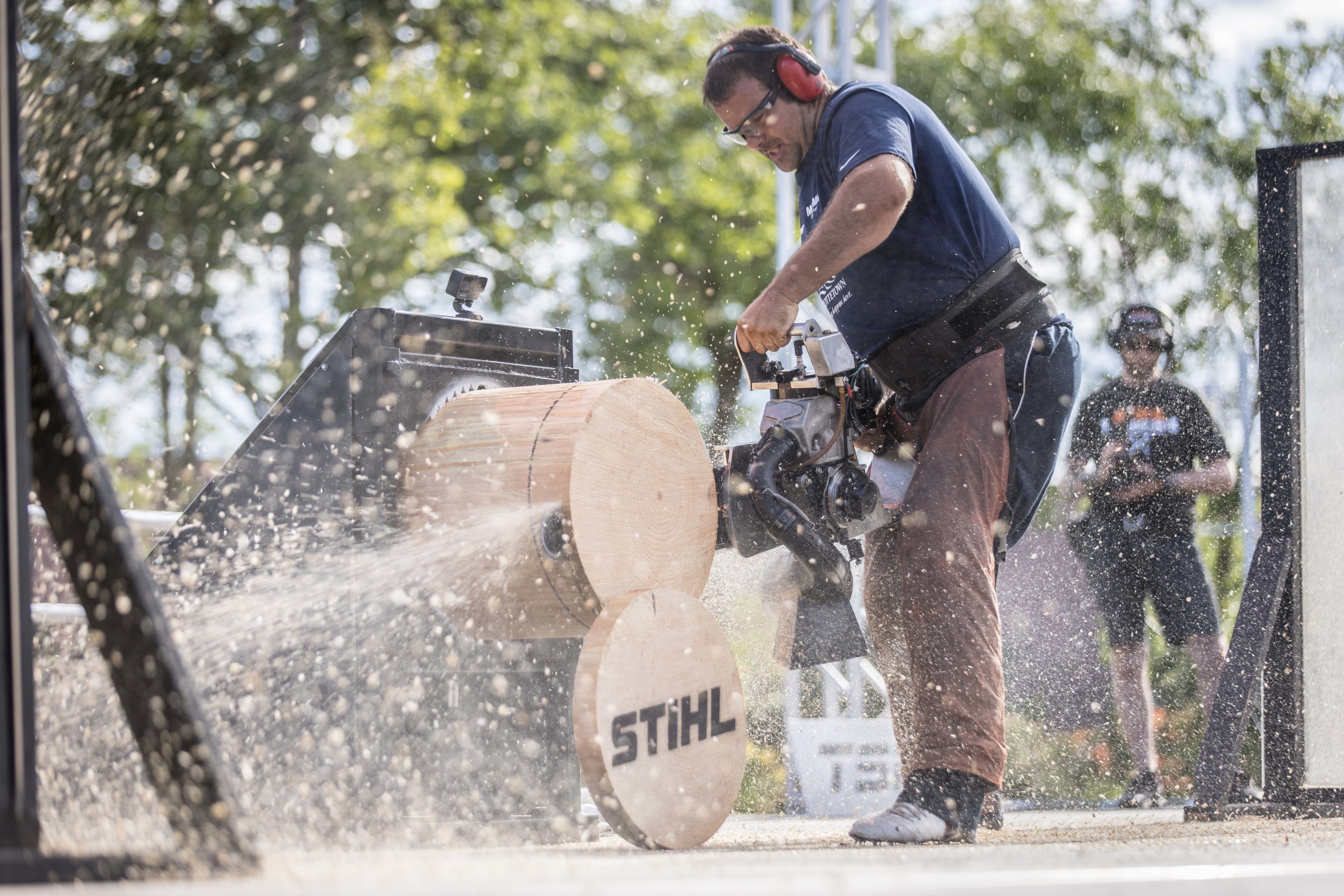 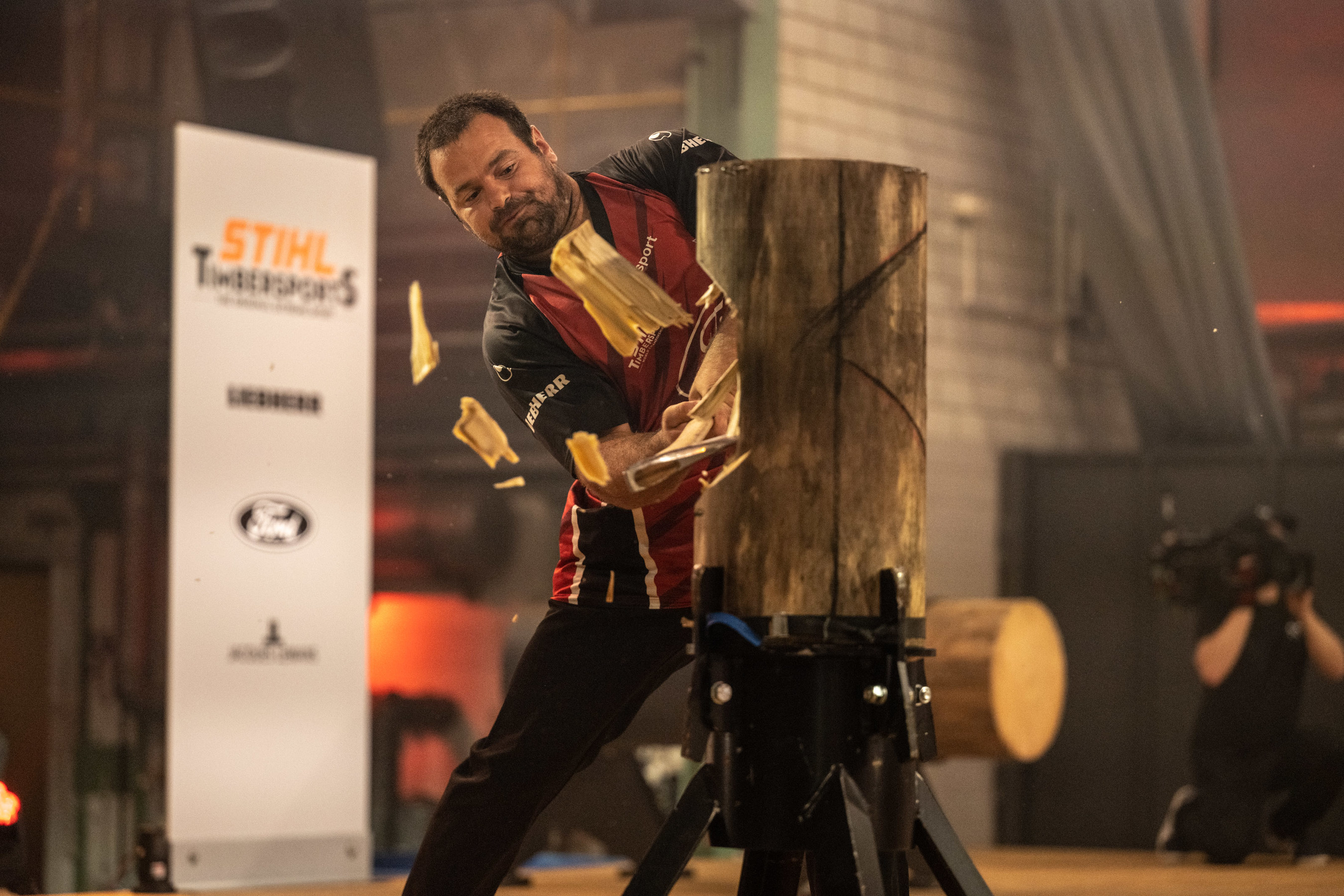 For the Team World Championship, 20 national teams will compete against each other in a knockout system involving four athletes from each team completing a total of four disciplines – Stock Saw, Underhand Chop, Single Buck and Standing Block Chop – in a relay format. Team Canada will be up against defending world title holder Team Australia, as well as fellow elite athletes from Teams New Zealand, USA, and others.

"Being selected for the national team is the highest honour there is in the STIHL TIMBERSPORTS® circuit. I am thrilled to be a part of the team and will give it my very best to help bring home gold," says Marcel Dupuis, current Canadian Pro Champion, and eight-time Team Canada member.

"There's a lot of energy this year around the World Championship series especially as the team format competition is restarting after its two-year hiatus due to the pandemic. And with Marcel's strong performance at the national championship, we feel his is poised to take the podium for the second year in a row in the world individual competition," says Andrew Kitt, Manager of STIHL TIMBERSPORTS in Canada. "We are very excited for Team Canada to take part in this global series and know our stellar team is highly-charged and aiming for a podium finish, and they have our full support."

The Individual World Championship consists of the world's top 12 athletes competing against each other in all six disciplines - Stock Saw, Underhand Chop, Single Buck, Standing Block Chop, Springboard Chop and Hot Saw – in a three-round elimination format. In each discipline the competitors are awarded points according to the time it takes to complete the discipline, with the lowest ranking athletes eliminated after each round. The athlete achieving the highest points across the three rounds will be declared the 2022 Individual World Champion.

For more information about the World Championship or STIHL TIMBERSPORTS®, visit www.timbersports.ca and www.stihl-timbersports.com.

STIHL TIMBERSPORTS® consists of up to six disciplines, pending division and competition type, three of which use an axe – Springboard, Standing Block Chop and Underhand Chop – and three using a saw – Stock Saw, Single Buck, and Hot Saw. Most of the disciplines have evolved from traditional forestry techniques that have been practiced for over 150 years, whereas the Hot Saw is a modern discipline that sees athletes build their own customized super powered chainsaws. These saws get modified with motorbike engines and use high octane fuel that super-power these hot saws to cut through wood like butter. The keys to victory in STIHL TIMBERSPORTS® are a combination of an outstanding fitness level, perfect technical skills with the axe and saw, and a complete focused and mentally strong condition to withstand the enormous pressure of this competition.