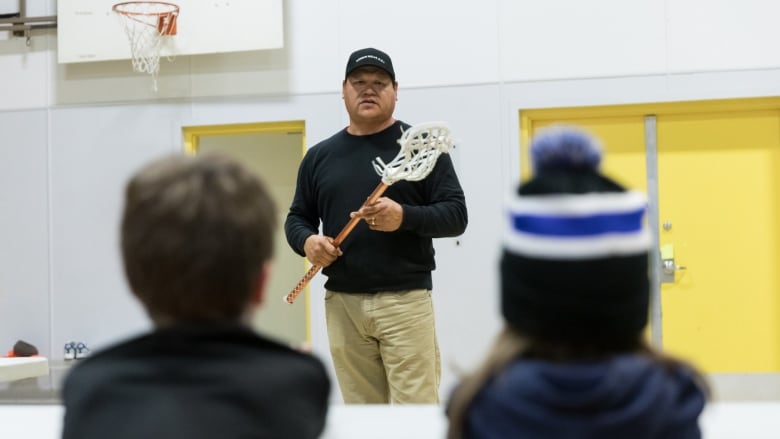 
Inside the gym at the Mackenzie Mountain School in Norman Wells, N.W.T., four-year-old Maddox Baetz picks up a lacrosse stick for the first time.

He is learning a sport that, like for many kids in the North, he has little exposure to.

"Basically you get a lacrosse stick and you play lacrosse," Baetz said during a lunch break Tuesday from the first of what organizers hope to be many lacrosse camps across the North.

"The coaches will teach you."

The coach is Cam Bomberry, a member of the Canadian Lacrosse Hall of Fame from Six Nations, Ont.

Bomberry was invited to be an instructor at the camp in Norman Wells, which started Tuesday and runs until Friday. It's organized in part by a program run by the Canadian Lacrosse Foundation called N60. 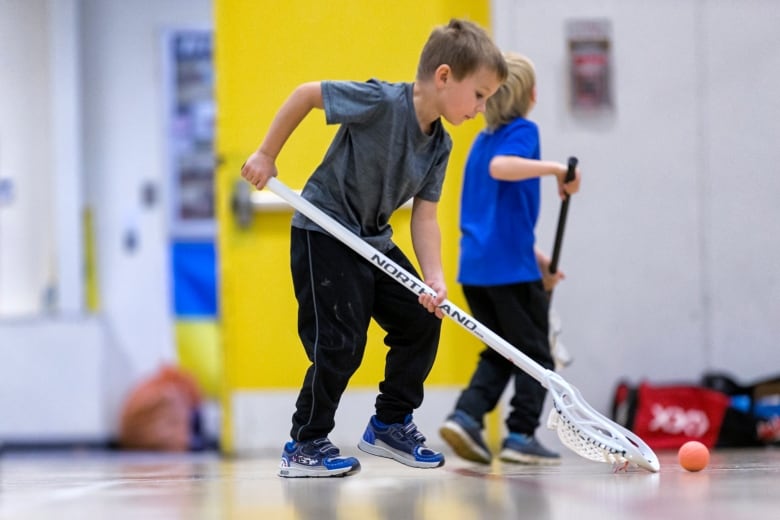 The concept was born out of the success of The Grizzlies movie, based on the true to life story of a lacrosse team from Kugluktuk, Nunavut, that is credited with helping transform the community and lowering the teen suicide rate.

The team went on to travel to Toronto for the National Lacrosse Championships.

Russ Sheppard, the coach of that team, worked with the N60 program that he said looks to develop a "lacrosse footprint across the North."

Norman Wells is the first location. The hope is to bring it to more communities in the N.W.T. in the near future.

"The long term vision of course would be a lacrosse North model where we have it running in the Yukon, N.W.T. and Nunavut in some form," Sheppard said. 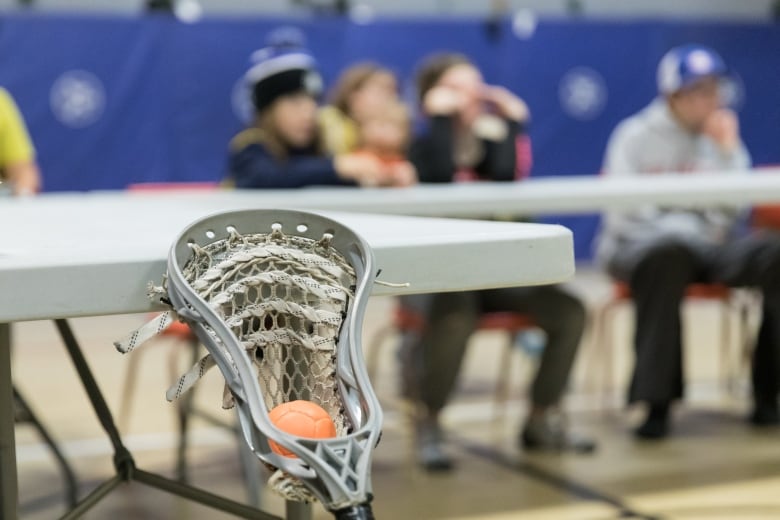 
Three camps are already in the works for Nunavut in Iqaluit, Rankin Inlet and Kugluktuk next spring.

"Long term, we hope to have a team from the North coming down south to play in tournaments, to play in national championships," Sheppard said.

It's also an opportunity to share a sport steeped in culture.

"Other mainstream sports, like for instance hockey in Canada, it's very rare to have Indigenous high performance athletes be able to come into a community. I mean, you know, in the end of it you're looking at players like Jordan Tootoo as being the exception, not the rule," Sheppard said.

"But in lacrosse we have such an Indigenous playing base, because that's where the game came from, that we have a real unique opportunity to have players go up and do camps and also engage in cultural sharing."

The camp launched just days after the Canada Games Council announced lacrosse would not be part of the 2025 Canada Summer Games in St. John's. The sport made a comeback this summer at the games in Niagara, Ont. It was the first time the sport was included in the games since 1985.

Organizers said there's a limit to the number of athletes they can handle and there are more sports that apply for selection at each Canada Games than there is room for.

"It's obviously very disappointing that we have a national summer sport that's not included in Summer Games," Sheppard said. "It just sounds odd saying it."

Bomberry took the news in stride. "It's not going to affect how this game is played or continues on," he said.

"The upside to this game is kind of endless, you know, it is to us in our culture, a medicine game … it's a healing game. It's a game of giving us good energy. It's a matter of experiencing it.

"There's more to it than it being just a sport."