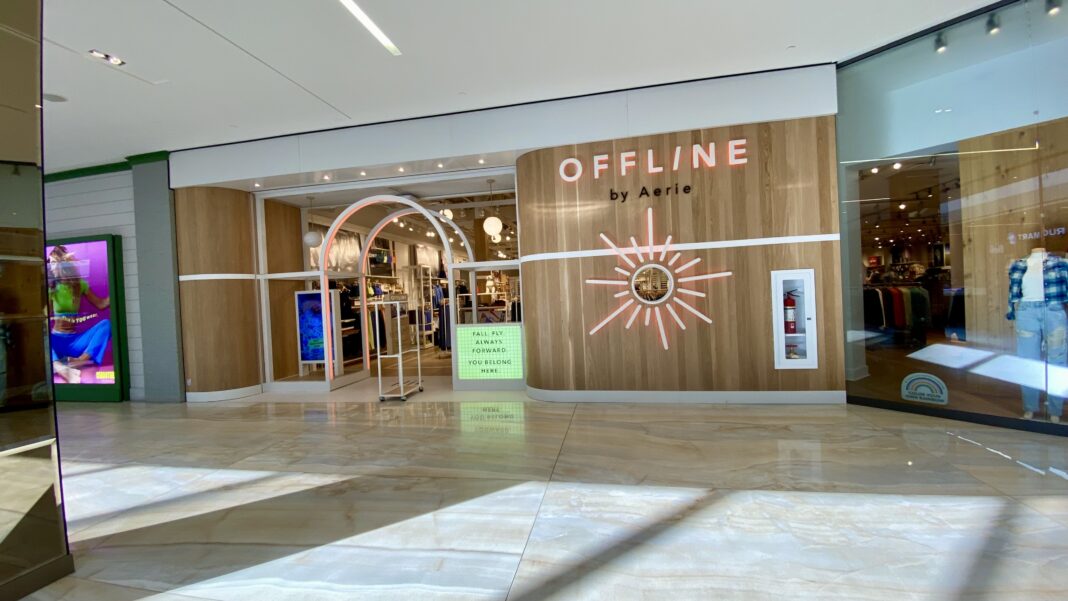 US-based fashion brand Aerie has launched its Offline by Aerie concept stores in Canada in Edmonton and Toronto. The brand focuses on athleisure and comfort clothing and will compete with retailers already in the market.

Offline launched in the US in 2020. The name is unique — according to its website, Offline references taking a break and “going offline” from such things as work, school and social media.

The female focused brand sells on a range of products including leggings, sports bras, tops, workout dresses, skirts, hats, bags, water bottles, headbands, socks and some footwear. Fabrics used in designs are said to be soft as well as sustainable.

Offline’s clothing is geared to those working out, going outside or even relaxing at home. Moving one’s body is encouraged as part of the marketing messaging, as is relaxation. 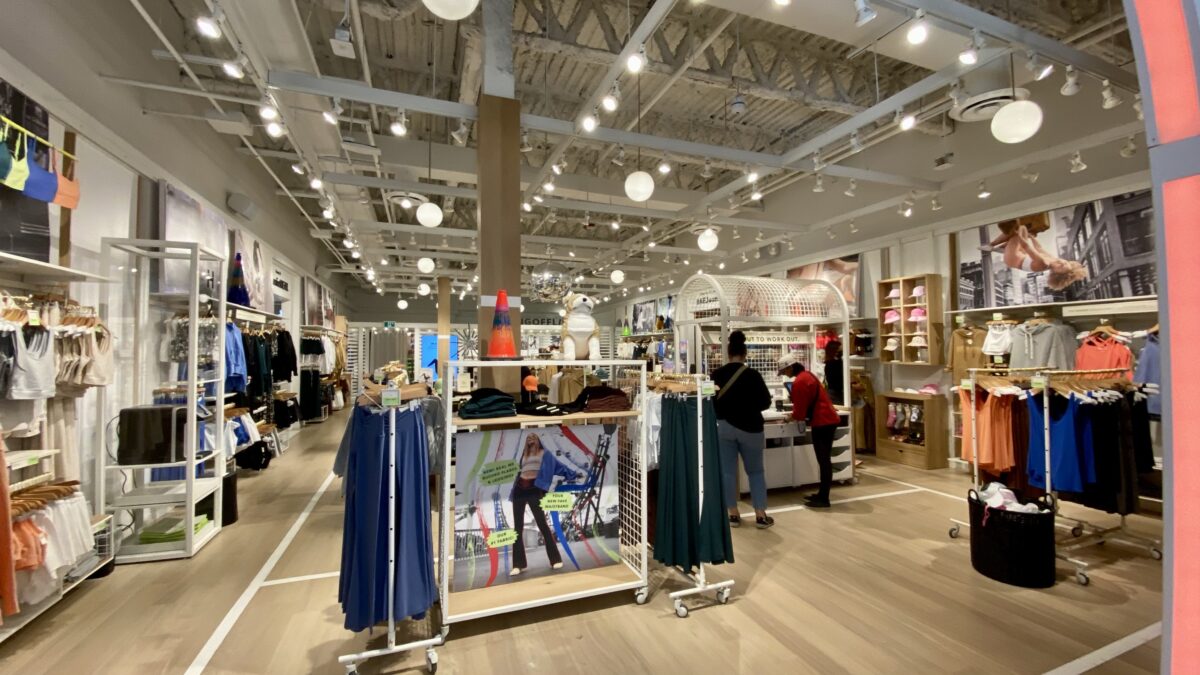 A range of colours and prints are available, including “feminine details that you won’t see from other brands,” according to the company’s website. Thoughtfulness went into Offline’s product designs, from thumbholes to pockets.

Offline’s first Canadian store opened at West Edmonton Mall in Edmonton last month and a second location was recently unveiled at Toronto’s Yorkdale Shopping Centre. The company would not provide Retail Insider an interview so we’re unsure what future locations are on the way — a sales associate at the Yorkdale store said she wasn’t sure either.

In the United States, Offline has more than two dozen stores in various markets and appears to be in expansion mode there as well. We’ll follow up as we continue to learn more about this new retail entrant into Canada.
Post a Comment