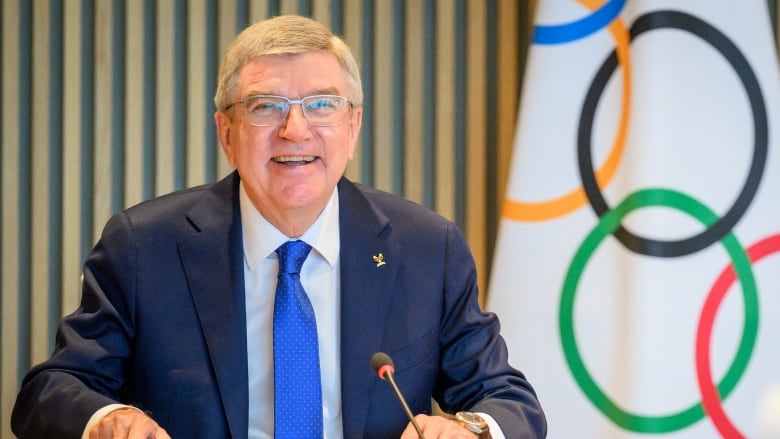 International Olympic Committee president Thomas Bach speaks at the opening of the executive board meeting on Thursday in Switzerland. The IOC announced it was delaying its 2023 Session, thus postponing the decision on a host for the 2030 Olympics. (Laurent Gillieron/Keystone via The Associated Press)


The International Olympic Committee's decision on a host for the 2030 Winter Olympics and Paralympics has been delayed until at least September 2023.

The postponement of the decision is just one fallout after Indian Olympic officials were given a final warning by the IOC on Thursday and told their hosting of the organization's annual meeting in Mumbai next year was postponed and could yet be cancelled.

Confirming the host for 2023 is one of the key decisions intended to be taken at the so-called Session, an annual meeting of about 100 individual members including Indian billionaire Nita Ambani which was due to be held in Mumbai next May. The IOC said it is now postponed until at least September.

The meeting, to be held in a conference centre owned by the Ambani family, has been intended to showcase India's Olympic ambitions including aiming to host the Summer Games in 2036.

The executive board tasked with ultimately choosing the 2030 host in the new bidding process was set to pick regions with which to enter "targeted dialogue" in December, essentially turning the bids official. However, that deadline may now be delayed too.

B.C. estimated costs for its bid to be around $4 billion in July, but has yet to receive approvals from provincial and federal governments during what it's called the "engagement phase."

The postponement of the decision, then, could play in the Indigenous-led B.C. bid's favour, gifting it more time to rally resources.

However, it's not the only bid facing issues. Sapporo is currently operating parallel to the Tokyo 2020 bribery scandal, over which two officials were recently arrested. Salt Lake City has indicated 2034 may be more feasible, since Los Angeles is already slated to host the 2028 Summer Olympics.

A delegation of Indian officials will meet the IOC in Lausanne later this month for talks to avert any sanctions.

The IOC said it would "consider immediate suspension" of the India Olympic committee at its December board meeting if no solutions are found. If the suspension is enforced, the next Session will be moved from Mumbai — though that embarrassing outcome seems unlikely at this stage.

The IOC reminded that India was suspended from the Olympic movement "for similar reasons between 2012 and 2014."

The postponed IOC meeting has also delayed decisions on which sports — those at risk of losing their places and others looking to debut at the Olympics — will be included at the 2028 Los Angeles Games.

Boxing, modern pentathlon and weightlifting were last year left off the initial list of sports and given until the IOC members' meeting in 2023 to resolve governance issues.

The International Boxing Association holds a re-run presidential election on Sept. 25 in Armenia, and the IOC has long aired concerns with the incumbent Umar Kremlev of Russia. The IOC published a letter written Thursday to IBA that re-stated unease over a financial dependence on Russian state energy firm Gazprom. 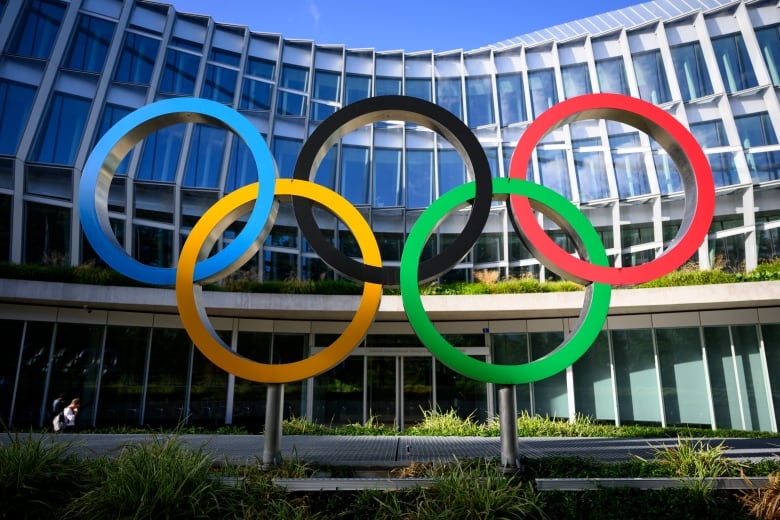 Olympic Rings are pictured in front of the IOC headquarters in Switzerland. (Laurent Gillieron/Pool via The Associated Press)

IOC says it had recent contact with Peng Shuai

Asked at a press conference after the first day of a two-day board meeting about plans for Chinese tennis player Peng Shuai to visit Lausanne, IOC spokesman Mark Adams said the most recent official contact was "a few weeks ago."

Peng has been invited to visit the Olympic Museum to ease concerns about her safety and ability to travel freely after she made a sexual assault allegation last November against a former high-ranking Chinese Communist Party official. Peng's well-being became a global debate ahead of and during the Beijing Winter Games in February.

China's "zero-COVID" policy has curbed international travel and, Adams said, she would currently face 21 days of quarantine at home if she visited Switzerland.