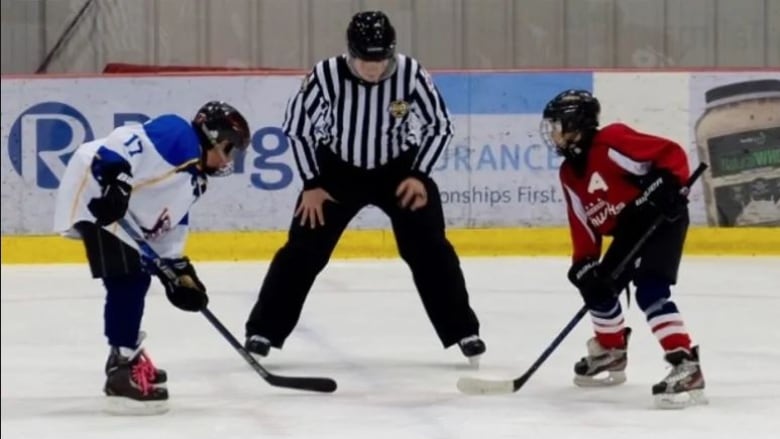 
The Northern Ontario Hockey Association (NOHA) is in dire need of referees.

The league, whose teams have been a fixture in northern rinks since 1919, has lost about 200 on-ice officials over the past few years, which could force cancellations in the 2022-23 season.

Association president Jason Marchand said COVID-19 played a "significant" role in keeping refs off the ice recently, but negative interactions between officials and hockey coaches over the years have also been a factor.

"Obviously, the last couple of seasons, safety concerns were an issue," Marchand said. "But abuse from coaches, that was also an issue.

"It's perhaps intimidating as a 14-, 15-year-old, being yelled at by an adult. That can be obviously intimidating," Marchand said. "It's not the reason that we want to lose officials, especially those who obviously have put in the time to become certified and to be able to get on the ice."

Surprisingly, one of the barriers for new refs to get involved is also the startup cost, Marchand said.

"We've figured that it's between $400-500 for some brand new officials to get involved due to the jersey and pants, but also the helmet and visor, and things like that."

This season, with an aggressive push for recruiting underway, the league is offering to subsidize the costs of equipment for aspiring refs. That includes registration fees and equipment — whistle, jersey, and pants — to all first-time officials for the 2022/2023 season. 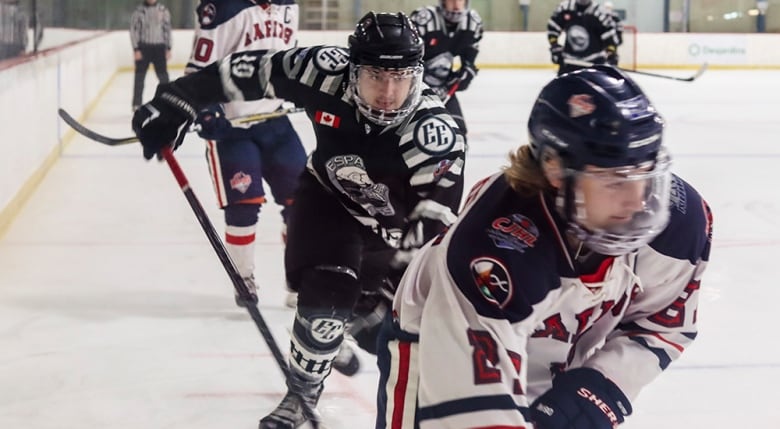 The NOHL has been in operation since 1919, the league's web site says. (Northern Ontario Junior Hockey League)


The money was made available through the Ontario Sports Network, a non-profit organization dedicated to the promotion of sport and physical activity in Ontario, and could be valued at $500 per new ref.

"We're trying to alleviate some of those concerns as well, the fact that typically brand new officials start out at lower levels, therefore the game fees are a little bit lower," Marchand said.

A ref officiating lower-level games could make $25 for a 40-minute game, whereas refs at the higher levels could make up to $100 a game.

"If they're just starting out … it would take a pretty lengthy period of time to regain their money," he said.

"We're trying to eliminate that financial piece and make it easier for those to earn money, especially the younger officials who may otherwise look at a part-time job making minimum wage.

"You know, it's a good learning opportunity, but also a good opportunity to really get better as an official, as they go on."

Darren Long, who has been an official at all levels since the nineties, said Hockey Canada, the national governing body of the sport, has done a "great job" of educating spectators, especially parents, about polite and proper interactions with referees.

"There needs to be more of it," Long said. "People need to respect it a lot more because as an official, it is very difficult.

"I've had many referees come to me and say, 'I can't handle the pressure. I have to quit.'

"And sometimes they're very difficult to deal with."

Long said without supportive programs or a supportive league, referees who face abuse may decide to hang up their skates.

"We try and get better and better every game," he said. "We do need that support from everybody. And if we don't get it from the fans, what's going to happen is there'll be more and more officials who are not going to go down that avenue to referee the game of hockey."

Long estimates the NOHA cancelled about 10 per cent of its games last year due to a shortage in refs. It's a scenario Long said he hopes to avoid, and he also hopes fans, coaches and parents remember to respect the people who don the stripes.

"That's the whole reason why I got into officiating way back when," he said. "Back then, it was kind of a part-time job. But I love the game of hockey. And now the reason that I do it is, is all about giving back.

With files from Angela Gemmill and Casey Stranges