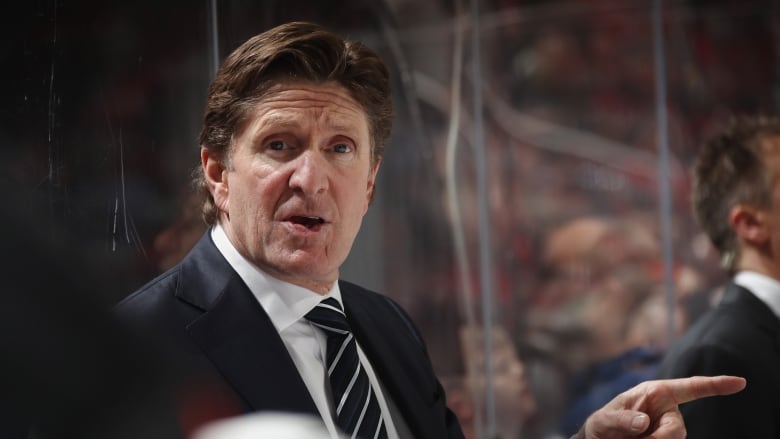 
Former Toronto Maple Leafs coach Mike Babcock has resigned as coach of the University of Saskatchewan's men's hockey team after just one season at the helm.

The Saskatchewan Huskies announced Thursday that Brandin Cote, who served as an associate coach under Babcock last year, has been named team's new interim head coach.
​

Babcock joined the Huskies on a full-time volunteer basis in February of 2021 after spending 17 seasons in the NHL, including guiding the Detroit Red Wings to the Stanley Cup championship in 2008.

He also coached Anaheim and Toronto. Babcock was fired 23 games into the 2019-20 season while in his fifth campaign with the Maple Leafs.

On the international stage, Babcock coached Canada's men's team to Olympic gold medals in 2010 and 2014.

Babcock said in a statement that he is leaving the program in good hands with Cote.

"I'm excited for Brandin and his family. He is prepared to be a highly successful coach," said Babcock, who coached Cote with the Western Hockey League's Spokane Chiefs. "I believe he will elevate the Huskies play and profile even further. I look forward to seeing him continue down the path of what promises to be an incredible career."

Babcock led the Huskies to an overall record of 14-9 last season.

Saskatchewan fell to the Calgary Dinos in the Canada West quarter-finals, losing the series two games to one.

"I'd like to thank Mike Babcock for his mentorship and commitment to the program over the past year," Cote said in statement. "I look forward to building upon the rich foundation of history and excellence that is synonymous with Huskie men's hockey."

Cote will be behind the bench when the Huskies open up their Canada West pre-season Sept. 9 against the Regina Cougars.