Print Page
Canada's men's basketball team is back on the road to the Olympics
Friday, August 26, 2022
by: CBC
Section: Member News 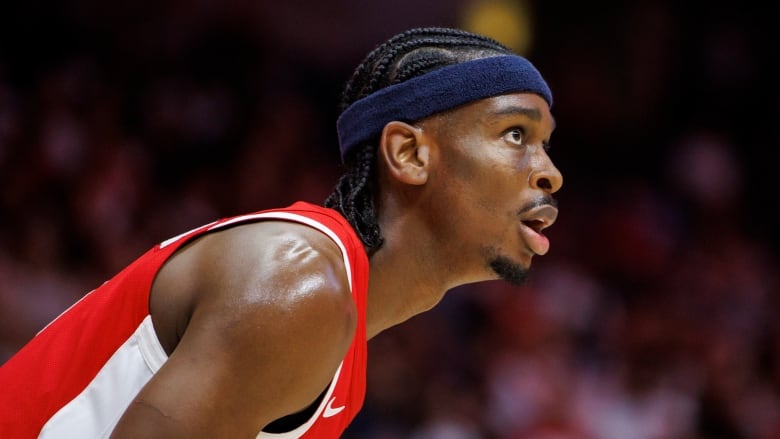 
The last time Canada appeared in an Olympic men's basketball event was in the year 2000. For perspective, the man who dragged Canada into the quarter-finals in Sydney, Steve Nash, was a 26-year-old point guard still five years away from winning his first of back-to-back NBA MVP awards. Today, he's a 48-year-old head coach fending off a coup attempt by Kevin Durant, who was 11 when the Sydney tournament tipped off.

The quickest and best way for the Canadian men's team to end its quarter-century absence from the Olympics in 2024 is via next summer's FIBA Basketball World Cup in Asia. The top two finishers from Canada's region, the Americas, get tickets to the Paris Olympics. One of those will almost certainly go to the United States, but the other is very much up for grabs. Argentina got it for last summer's Olympics in Tokyo despite having zero notable NBA players.

Canada has several of those on its current roster, including legit standouts in Jamal Murray, Shai Gilgeous-Alexander, RJ Barrett, Dillon Brooks and Lu Dort — all of whom have committed to the national team for this Olympic cycle. Andrew Wiggins has not, but there's hope that the key member of Golden State's 2022 championship team might hop on later. With a bunch of other solid NBA contributors on board — Kelly Olynyk, Nickeil Alexander-Walker, Dwight Powell and the Raptors' Khem Birch, to name some — and former NBA coach of the year Nick Nurse at the helm, Canada's chances of getting to Paris look pretty good.

But first, there's some business to attend to. In order to reach the World Cup, Canada must successfully navigate the final round of Americas qualifying, which tips off Thursday and wraps up in late February (there's also a window of games in mid-November).

It's not a very difficult task. Seven of the 32 spots in the World Cup are earmarked for the Americas, and only 12 teams remain in the hunt for them. They're divided into two groups of six for this final round, where all Canada has to do is finish in the top three in its group or be the better of the two fourth-place teams. As the only team to go 6-0 in the previous round, Canada starts with a cushion over Argentina (5-1), Venezuela (5-1), the Dominican Republic (4-2), Panama (2-4) and the Bahamas (2-4). Canada played the Dominican and the Bahamas already, so it doesn't face them again. It will play the other three teams at home and away between now and February. It would be shocking if Canada doesn't finish in the top three in this group.

The Canadians open their final-round slate Thursday night vs. Argentina in Victoria, perhaps their toughest test. Tip-off time is 10:40 p.m. ET. Then they travel to Panama for their only other game in this window, on Monday at 8:10 p.m. ET.

Given that the next two qualifying windows fall during the NBA season, Canada will want to bank a couple of wins — and build some chemistry — while some of its most talented players are available. Gilgeous-Alexander, who made his long-awaited national-team debut in the July window and averaged 28 points in two games, is expected to play. So are Alexander-Walker, Olynyk, Powell, Oshae Brissett and Cory Joseph. But Barrett, Dort, Brooks, Birch and Murray, who's still working back from an April 2021 knee injury that cost him all of last season, will not. Those five did, however, attend this week's training camp in Victoria. Learn more about the Canadian team's outlook for the upcoming qualifiers by reading this story and watching this video.