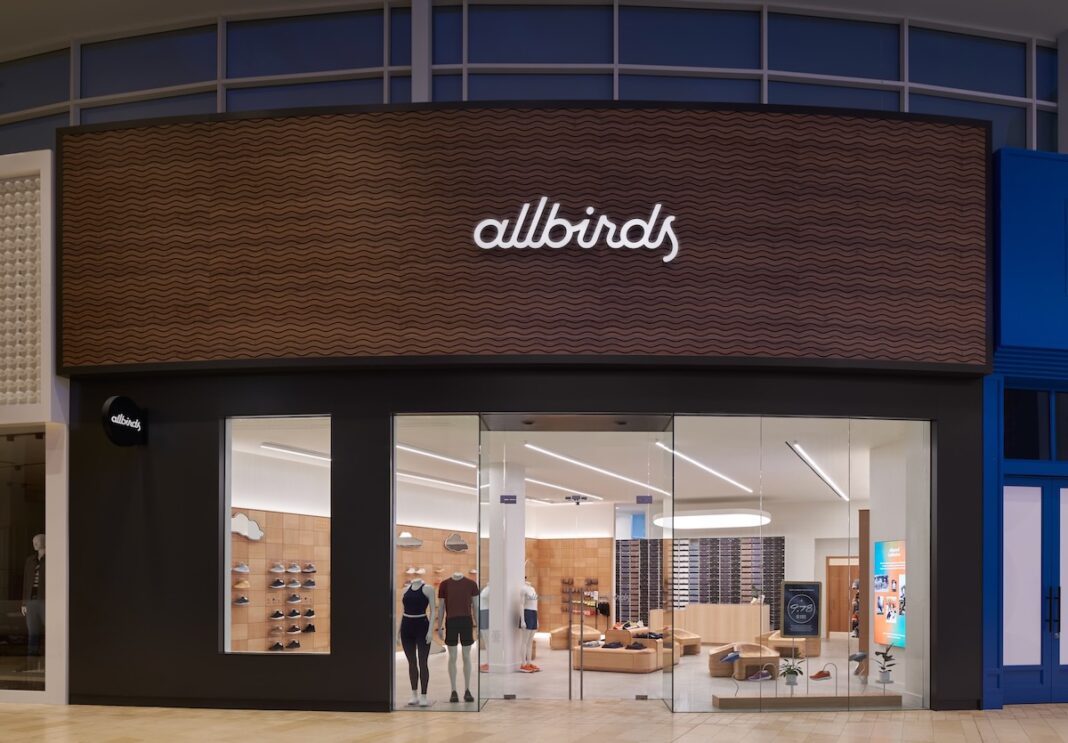 San Francisco-based sustainability-focused footwear and fashion brand Allbirds recently entered the Canadian market with a storefront in Vancouver and this week, a second Canadian location opened at Toronto’s Yorkdale Shopping Centre. Retail Insider met with Allbirds co-founder and Co-CEO Tim Brown in Toronto to discuss the new Yorkdale store as well as plans for any further expansion.


The Yorkdale Allbirds spans more than 2,400 square feet and features a bright and casual interior reflective of the brand. Included are displays of Allbirds’ sustainably-sourced footwear, ranging from original styles to the company’s newest design, the Tree Flyer. A range of apparel, socks and underwear are also available in the store. Sustainability is a key message for the brand throughout.

In an interview, Tim Brown explained that the Yorkdale store was designed to be a welcoming space for guests, featuring unique customized wood chairs that rock forward slightly to allow customers to better try on shoes. A display behind the cash desk features boxes of shoes, creating both a relevant visual element as well as more storage for various footwear styles. 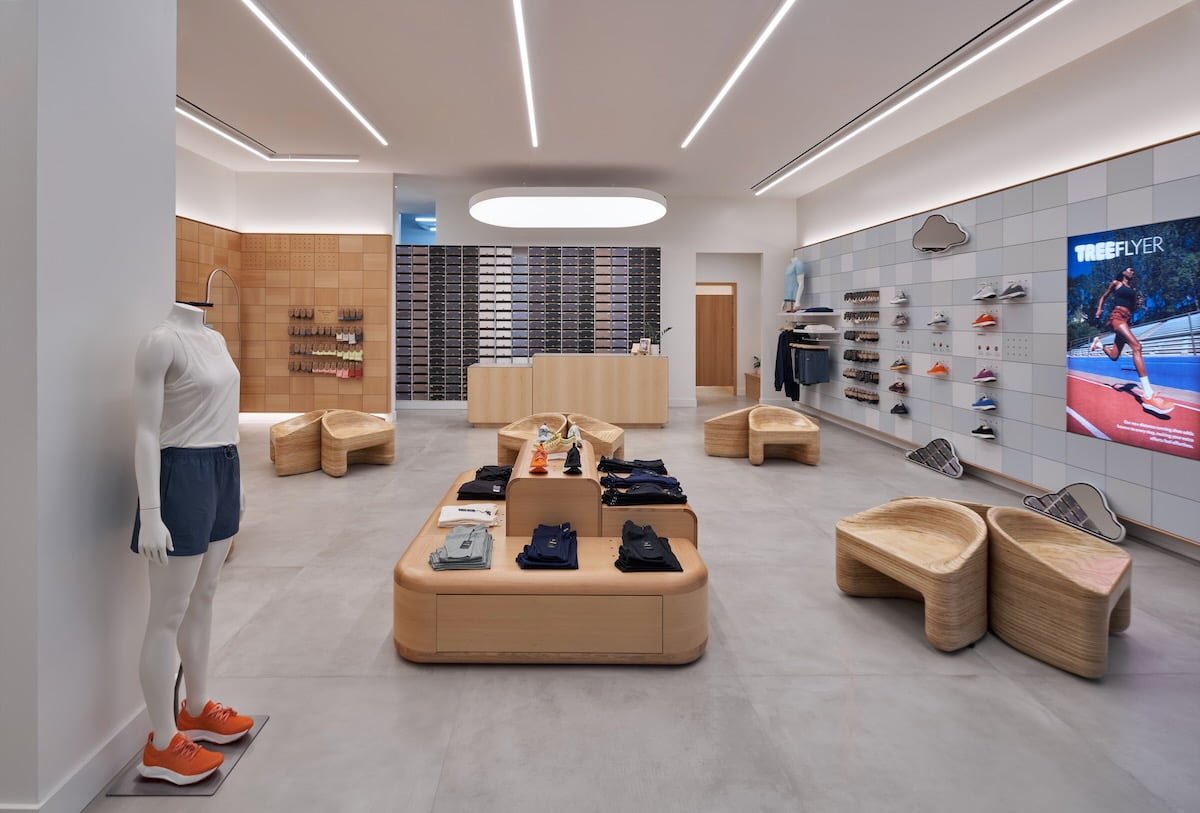 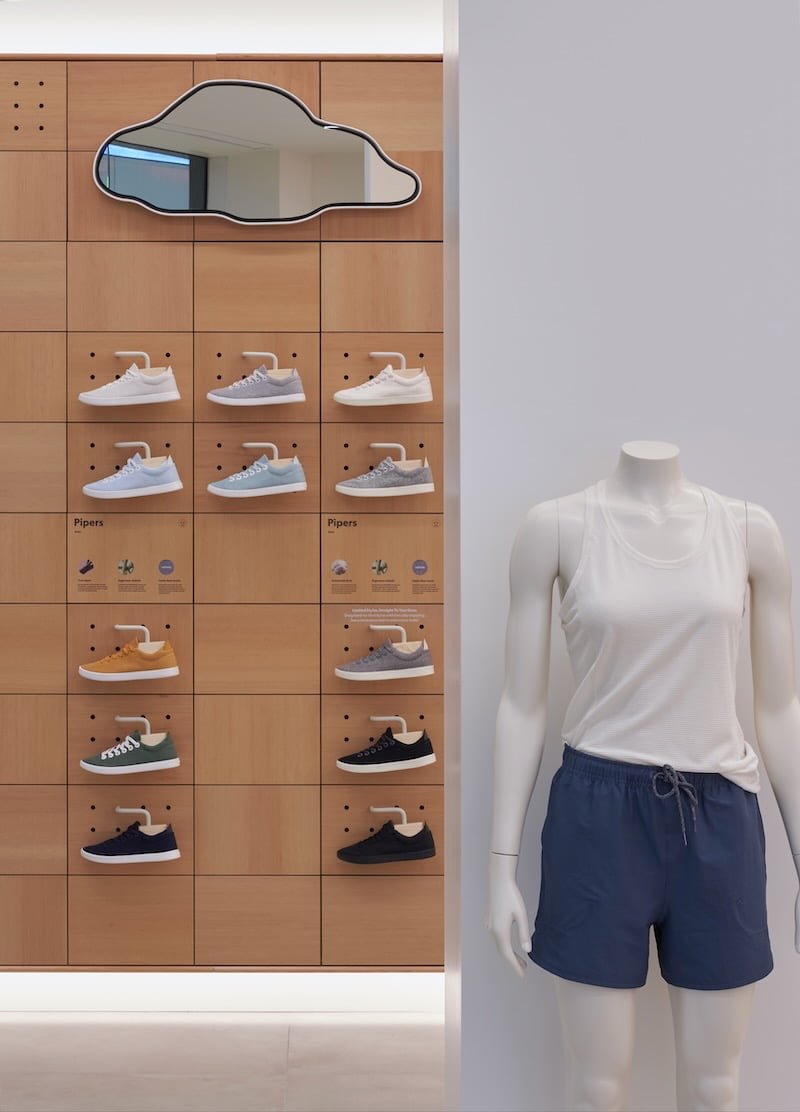 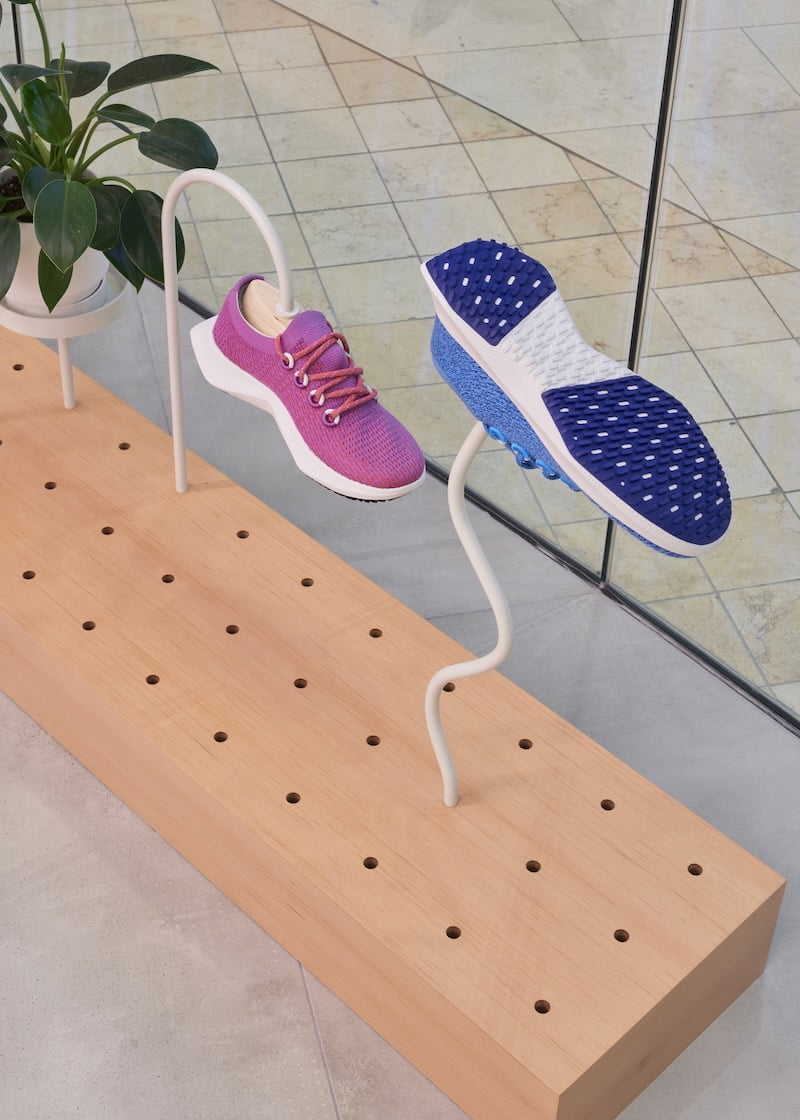 As the Toronto market develops, so will elements of community with Allbirds partnering with local influencers to help spread the message. Experiential elements such as a run club, artists, food and ambassadors will become part of the mix.

Physical retail, Brown explained, is a way for Allbirds to engage with consumers while enhancing brand awareness through educating visitors on the brand. Brown said that consumers may subsequently shop online for products after being introduced to the brand in-store, while some may choose to return to the store repeatedly for a positive retail experience.

The experience also translates to staff in the store according to Brown. Back-of-house has been optimized so that employees are able to find products quickly.

Brown noted that the vibrancy of Yorkdale on opening day is indicative of the health of the mall overall. Crowds passing by the store will also help enhance the Allbirds brand to consumers with the retail space being located across from the mall’s Uniqlo store in an expansion anchored by Nordstrom that was unveiled in the fall of 2016. The space where Allbirds opened at Yorkdale had been occupied by Korean beauty brand Innisfree which exited its Canadian stores during the pandemic. Broker David Steuer negotiated the Yorkdale lease for Allbirds on behalf of the retailer. Yorkdale’s landlord is Oxford Properties. In Vancouver about a month ago, Allbirds unveiled its first Canadian store at 2262 West 4th Avenue in the city’s Kitsilano neighbourhood. That store includes 2,150 square feet on its main floor as well as a mezzanine of 970 square feet. While several other direct-to-consumer brands have opened on the trendy street, its foot traffic is less than what one would find at Yorkdale. Trevor Thomas of JLL Canada negotiated the Vancouver deal on behalf of Allbirds. The landlord in the lease deal was represented by Mario Negris and Martin Moriarty of Marcus & Millichap.

Tim Brown of Allbirds said that there are no immediate plans to open more standalone Allbirds stores in Canada. Vancouver and Toronto were chosen for stores based on strong e-commerce sales and it remains to be seen if other markets will see stores. Brown said in an interview that he was a fan of Montreal and enjoyed the city while visiting when he was a professional soccer player.

This isn’t the first time that Allbirds has had a retail presence in Canada. The brand also tested the Canadian market in 2018 with pop-ups at Nordstrom as well as a street front pop-up store on Queen Street West in Toronto that was reported on in Retail Insider at the time. The pop-up closed after about a year and itself offered a unique retail experience, including an obstacle course where visitors could try out different shoe styles on different terrain. 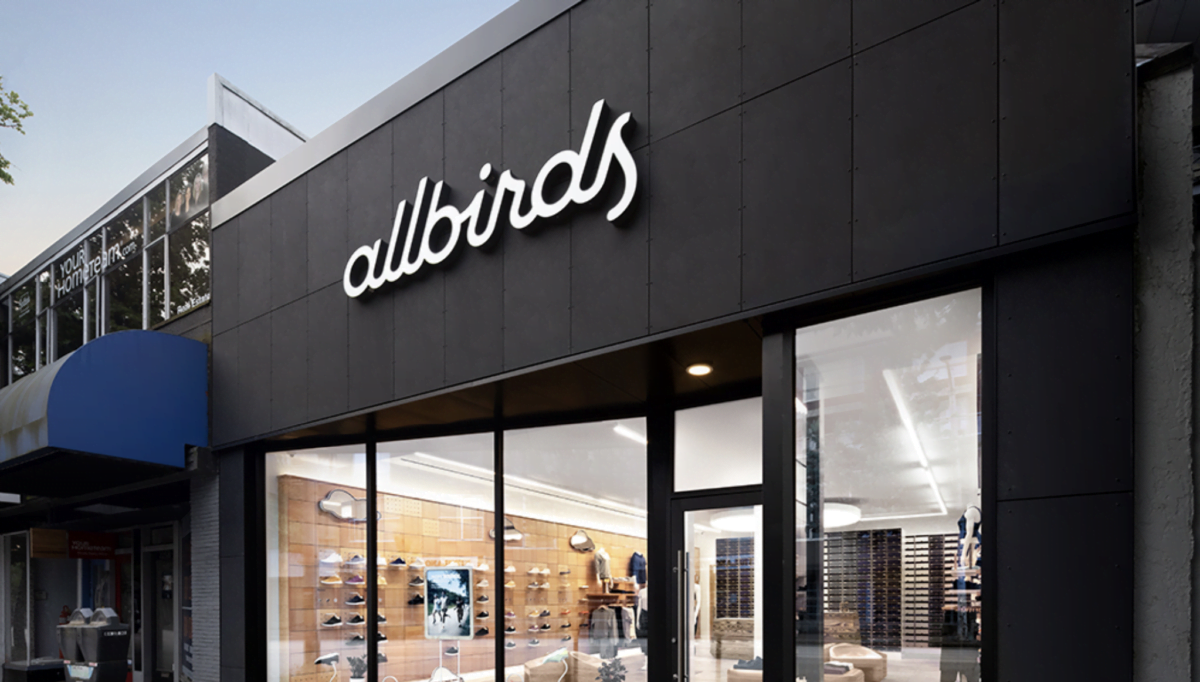 Vancouver store. Image: Allbirds
In a previous interview this spring, Allbirds co-founder and Co-CEO Joey Zwillinger said that wholesale could also be part of the mix for Allbirds in Canada, though at the time retail partners had yet to be secured. In the US Allbirds recently announced its first wholesales deals this month with Zalando and Public Lands.

Allbirds was founded by Brown and Zwillinger in 2014. Prior to founding the company, Zwillinger was a biotech engineer and renewable materials expert and Brown was a professional soccer player from New Zealand (he also has a degree from the London School of Economics).

A Kickstarter crowdfunding campaign in 2014 kicked-off the brand with the campaign reaching over $100,000 in sales in just four days. Zwillinger’s background helped design the construction of the rapidly growing brand while introducing additional sustainable materials such as a vegetable oil-based polyurethane insole.

In 2016, Zwillinger and Brown renamed the footwear brand as ‘Allbirds’ and launched products for the public. The Allibirds name is a historical reference to New Zealand having been so remote at one time that its only inhabitants were ‘all birds’.