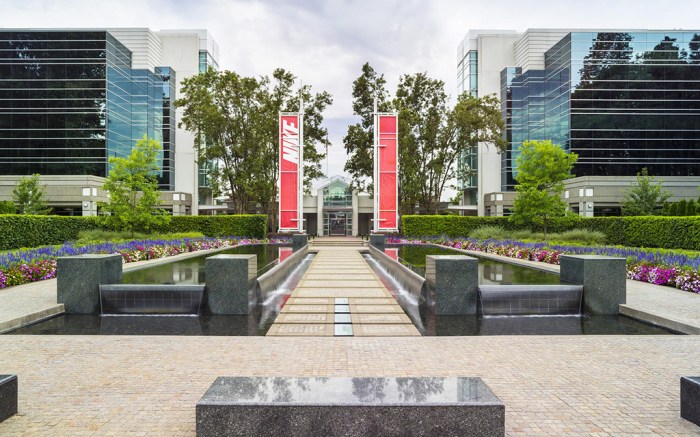 A look at the entrance of the Nike HQ in Beaverton, Ore.
CREDIT: COURTESY OF NIKE

Nike has taken another major step in its ongoing commitments to diversify its talent.

The giant has committed to release data pertaining to recruitment and promotion rates of its diverse employees — across gender, race, and ethnicity — by 2024.

The news comes almost a year after Nike shareholders voted against a resolution to disclose more details related to diversity, equity and inclusion progress in October. The resolution, which was initially proposed by consultancy Whistle Stop Capital and corporate watchdog and shareholder advocacy group As You Sow, was meant to further illuminate Nike’s promotion and retention rates by race and ethnicity.

Nike confirmed but did not comment on the announcement, which was made by As You Sow.

The news comes shortly after Nike filed its annual proxy statement on July 21 with the Securities and Exchange Commission. The statement did not specify a resolution regarding diversity practices for shareholders to be voted on during the annual meeting on September 9, 2022.

While Nike will now disclose more details related to its corporate diversity, the company had previously argued that such details were unnecessary. Nike releases its own annual Impact Report, which provides percentage data regarding diversity across staff. However, As You Sow argued that Nike’s previous reporting process did not allow for comparison with other companies and does not disclose promotion and retention rates by race and ethnicity.

“Investors were concerned that Nike might be seen as inconsistent in its external marketing image and its internal policies and practices if it continued to advertise themes of race and social justice without providing detailed data on the effectiveness of its own internal diversity programs,” As You Sow’s CEO Andrew Behar said in a statement.

In another move toward transparency, Nike recently started disclosing workforce composition data from its EEO-1 forms, a standard reporting tactic for most of the companies in the S&P 100.

Earlier this month, Nike committed to a $3 million investment over the next three years in the Pensole Lewis College of Business & Design, Michigan’s first and only HBCU focused on design. The partnership will center on “building a talent pipeline for students who want careers in business and design — both at Nike and anywhere else these professionals can use the skills they acquire to create value,” Pensole said in its announcement online.