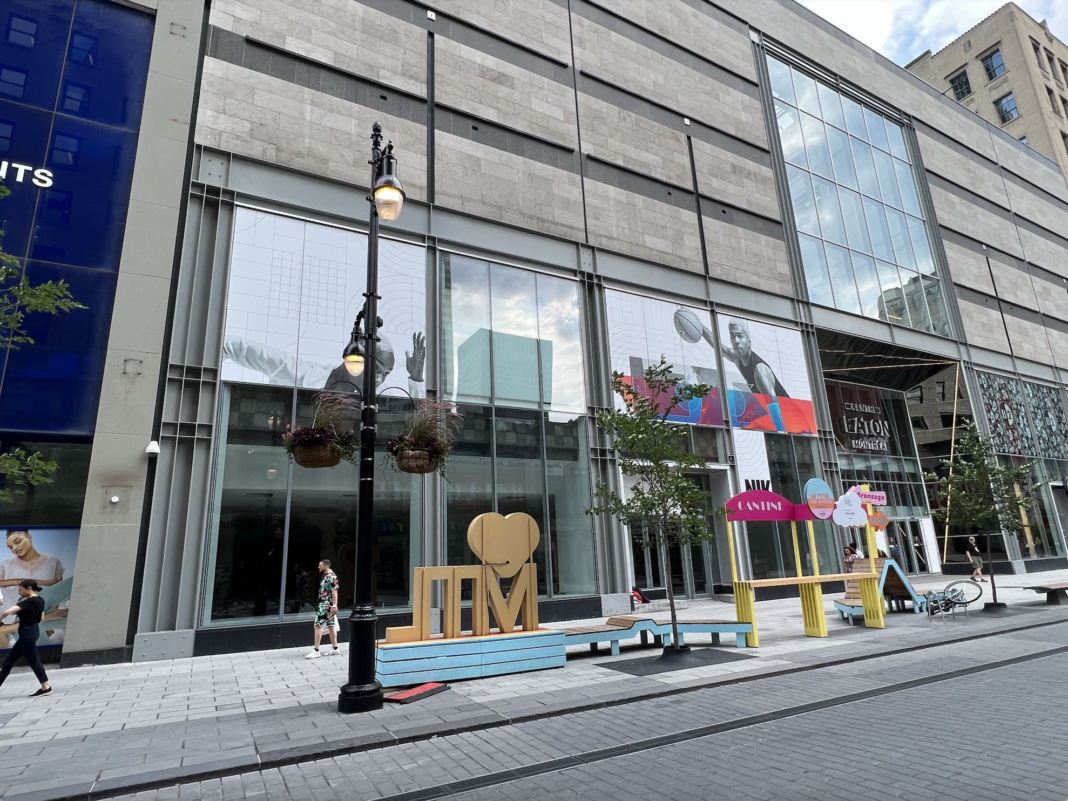 Oregon-based mega brand Nike is building a flagship store at the Montreal Eaton Centre in downtown Montreal. Construction hoarding went up this week on the multi-level store that will boast prominent frontage on Ste-Catherine Street West. The store is expected to open in the spring of 2023.

Nike will replace a large multi-level Gap store that occupied space in the downtown shopping complex for years. Lease plans for the Montreal Eaton Centre show the Nike space spanning about 11,000 square feet at street-level with a second floor measuring a bit over 10,000 square feet. It’s not yet known if a third level spanning nearly 10,000 square feet that the Gap leased will also be occupied by the new Nike flagship.

It’s the second large-format Nike store for the Canadian market following last year’s opening of a 24,000 square foot Nike flagship at Toronto’s Yorkdale Shopping Centre. That store is operated by Tel Aviv-based Fox Group which also recently announced that it will bring Spanish fashion brand Mango to the Canadian market with about 20 stores. In 2017, Fox signed an agreement with Nike Canada to set up a chain of stores in this country over a period of seven years. 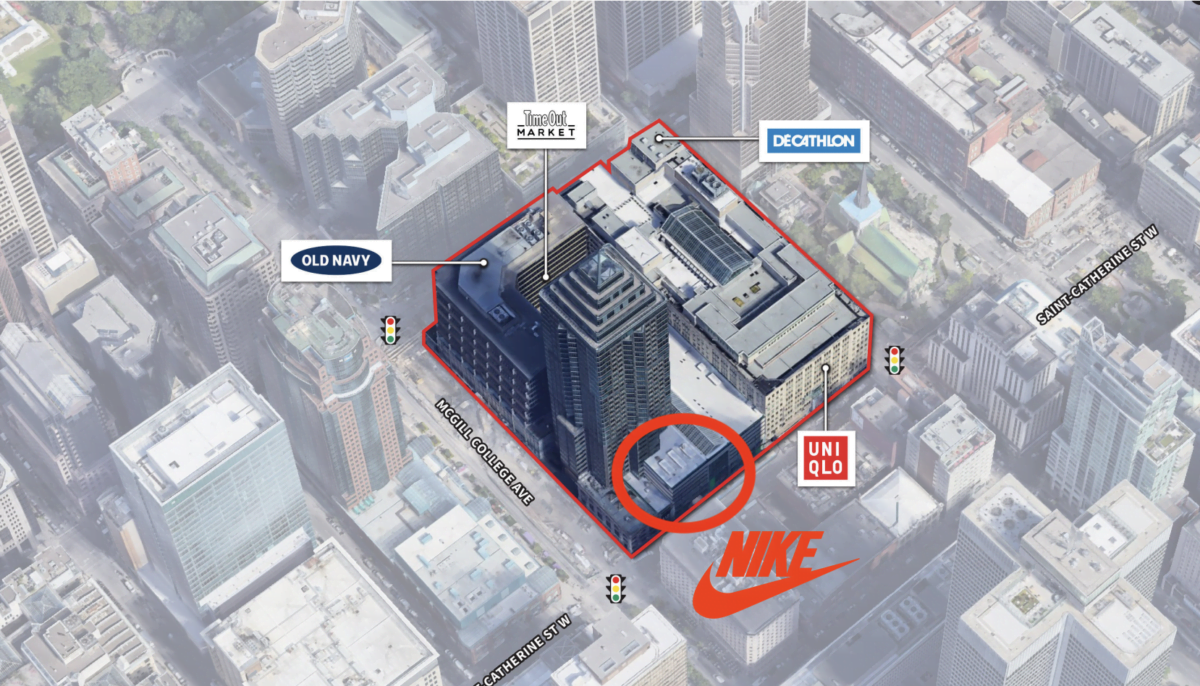 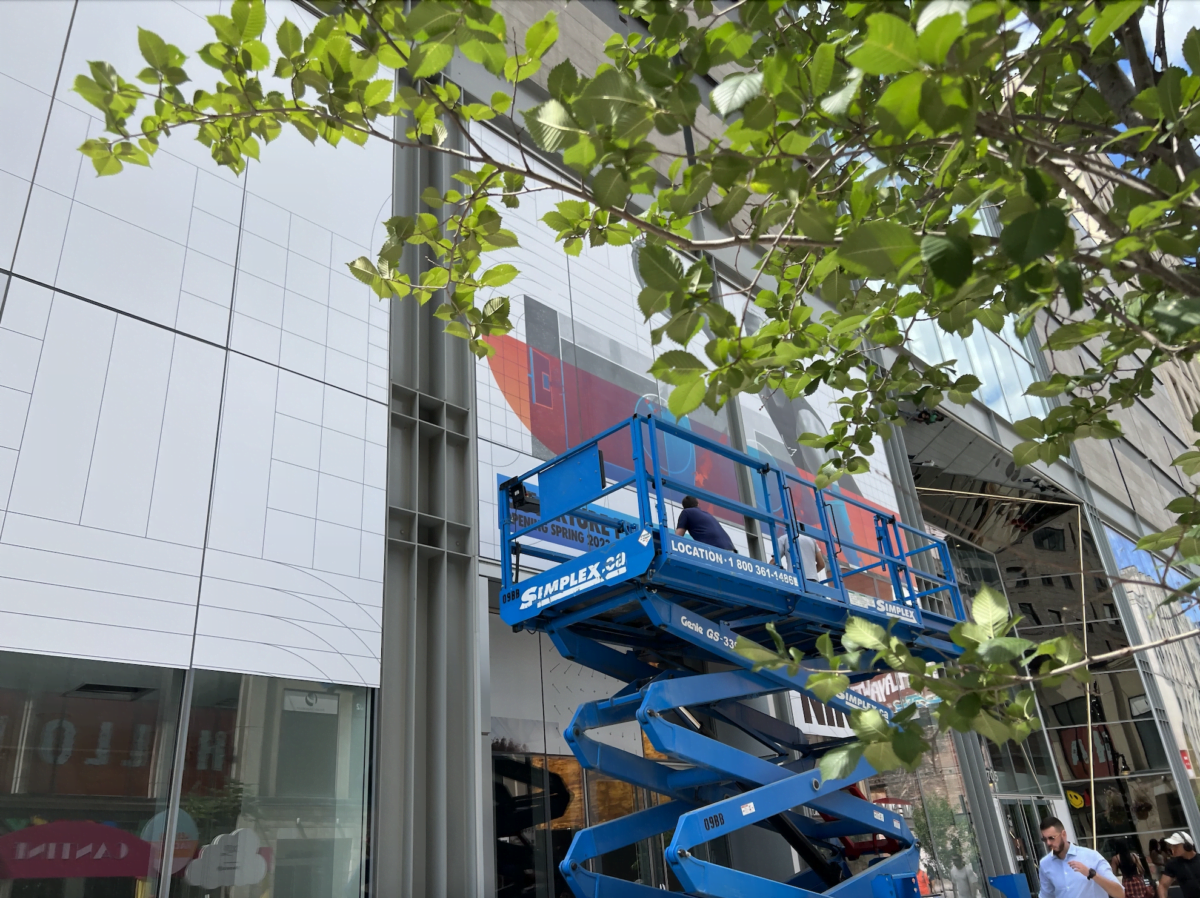 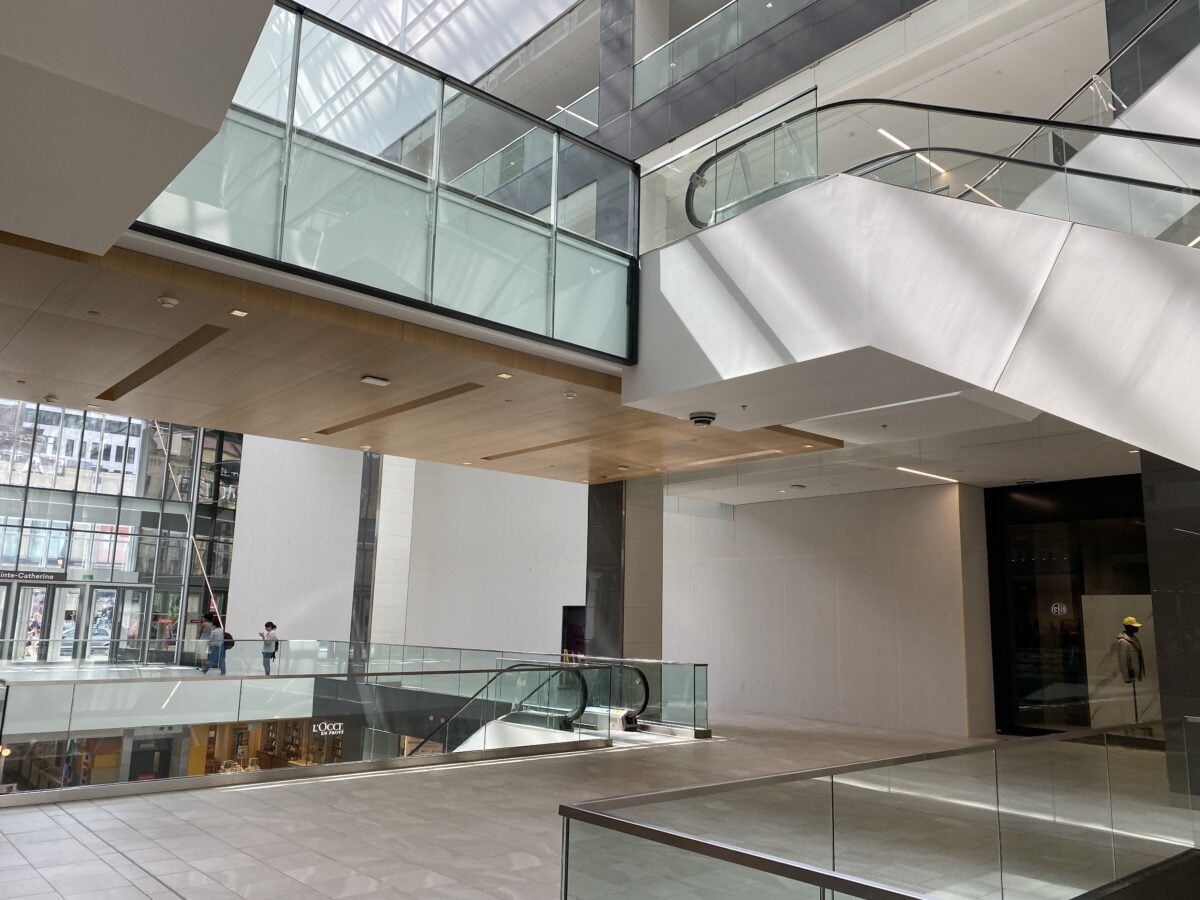 The 485,000 square foot Montreal Eaton Centre is home to numerous prominent retailers and prior to the pandemic it boasted the most foot traffic of any mall in Quebec. We recently reported that B2 by Browns Shoes had opened its largest storefront in the centre, joining anchors that include Canada’s largest Uniqlo store, Decathlon, Sephora, Old Navy and Canada’s only Time Out Market food hall. The centre is home to over 150 retailers and is owned by Ivanhoé Cambridge and managed by JLL. In years past a massive Eaton’s department store occupied the eastern portion of the existing shopping centre.

Nike has been opening its own stores while pulling out of many of its wholesale accounts with multi-brand retailers globally. It remains to be seen what retailers in Canada will carry Nike products in the coming years as more Nike stores are built. Sources have told Retail Insider that Nike is expected to open more partner-operated large-format Nike flagship stores in Canada with downtown Toronto and Vancouver said to be targets. Nike also operates a network of smaller standalone stores in Canada as well as several outlets, as well as an e-commerce site.

In years past, Nike operated large Niketown locations in major cities globally, though the concept was scaled back. A Niketown location once occupied nearly 40,000 square feet of space at 110 Bloor Street West in Toronto, which is now part of a Brooks Brothers store in a commercial podium that will soon see a significant redevelopment. Brooks Brothers will soon relocate to 83 Bloor Street West which was formerly occupied by a three-level Hugo Boss flagship store until 2019.