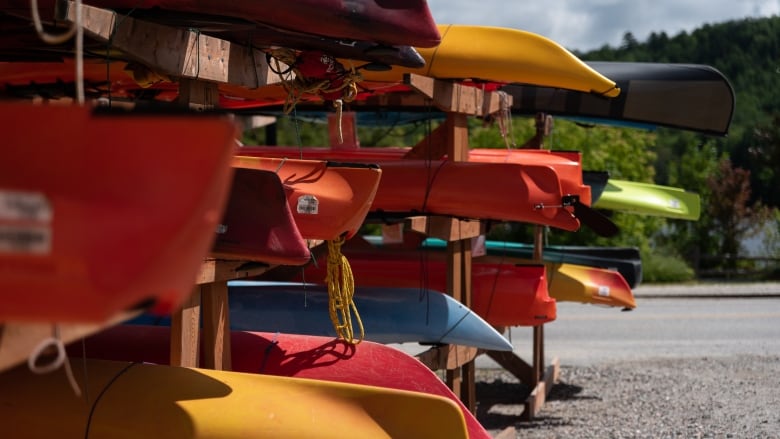 Canoes wait to be rented at Expéditions Wakefield in Chelsea, Que. While demand for new paddle sport equipment has declined, the market for rentals remains strong. (Alexander Behne/CBC)


After an abrupt spike in demand for outdoor recreation equipment during the COVID-19 pandemic, sporting goods stores in Ottawa and the Outaouais say business is gradually returning to pre-pandemic levels.

Businesses selling equipment including bicycles, kayaks, canoes, golf clubs, and even home fitness gear such as dumbbells and barbell plates, saw unprecedented demand during the early phase of the pandemic.

That demand, combined with supply chain problems, meant that many items were out of stock for months. 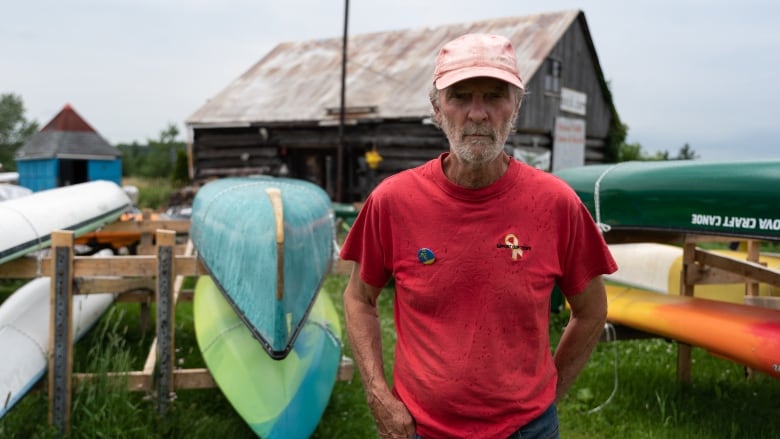 Bill Burton at Ottawa Valley Canoe & Kayak says demand 'skyrocketed' at the start of the pandemic as families struggled to find activities amid lockdowns. (Alexander Behne/CBC)

Because travel was complicated and often onerous during the pandemic, and with summer camps and other activities for children and youth in perpetual limbo, families flush with unspent vacation money turned to the great outdoors, Burton said.

This year, however, the buying frenzy for outdoor sporting goods is subsiding.

"It's like the Gold Rush," he explained. "The Gold Rush was great, but it calmed down." 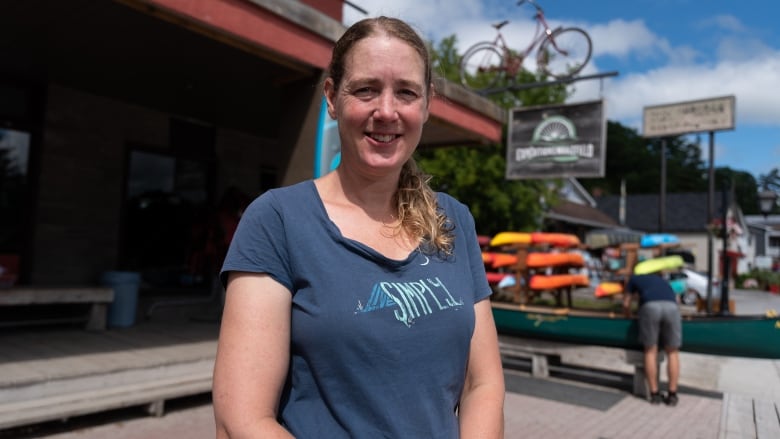 Vicki Schouten was worried about the future of her business at the start of the pandemic, but instead found herself 'sold out of just about everything.' (Alexander Behne/CBC)

Vicki Schouten, owner of Expéditions Wakefield, nestled on the bank of the Gatineau River, is having a similar experience with her business.

She initially feared having difficulty staying afloat as businesses were ordered closed in an attempt to curtail the spread of COVID-19.

Instead, she saw an unexpected spike in business.

"We went from being very nervous about the future to trying to manage people's expectations," she said. "The first summer [of the pandemic] we essentially sold out of just about everything."

Schouten added that while demand remains strong for paddle board, canoe and kayak rentals, sales of those items have begun to slow down.

"A year ago, you couldn't buy a canoe, or kayak or paddle board," she said. "Now there are some available."

Bicycles and bike parts are a different story, and Schouten said she expects the shortages will persist for at least another year.

It's the same situation just to the south in Chelsea, Que.

He points out that poor weather in the region to kick off the summer has been a contributing factor. There have been few good days for cycling, the most popular activity in the region during the summer months.

Difficulty getting inventory has forced van Dyke to plan much further ahead than before.

"We're forecasting two years out to secure those inventories," he said. "[It's] a huge challenge."

To compensate for the supply shortage, van Dyke said the Chelsea location has increased its focus on servicing bicycles.

While demand for new equipment may have diminished, interest in exploring the great outdoors is holding steady, and the desire for group activities is increasing.

The Ottawa Outdoor Club organizes a variety of activities for its members including canoeing, cycling, skating on the Rideau Canal and even urban walks.

Rob Burnfield, the club's president, said he would expect roughly 200 members in an average year. That number dropped to roughly 100 during the pandemic, he added, but is now bouncing back.