A Kobe Bryant jersey from the Los Angeles Lakers’ 1997 playoff run was sold for seven figures at an auction this weekend.

TMZ reports the game-worn jersey, which a then-rookie Kobe wore twice during the Lakers’ conference semifinals series against the Utah Jazz, sold for a whopping $2.74 million at SCP Auctions. According to the Orange County Register, it’s the second-highest bid for any game-worn basketball jersey. 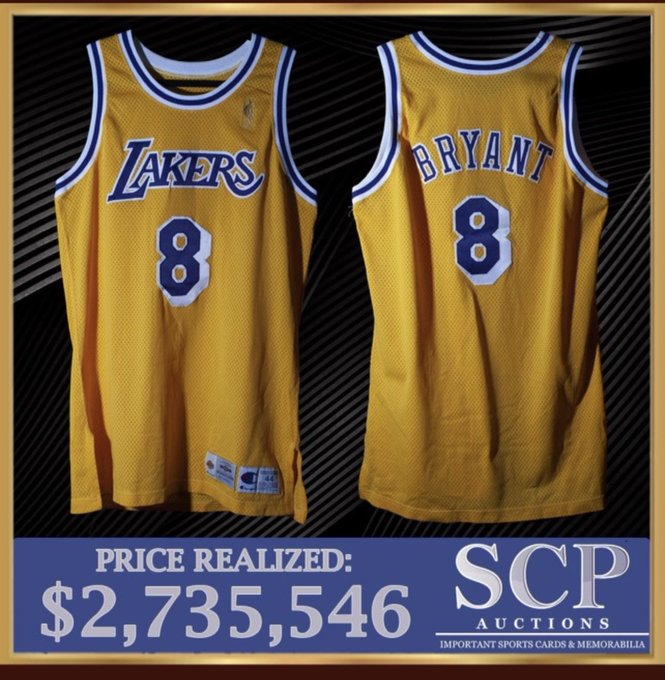 “The overall auction brought extremely strong numbers and many record sales. The auction total went over $8 million, which is the second biggest auction in company history,” SCP President David Kohler told the outlet. “This incredible sale happened amidst stock market volatility and war overseas, too.”

During the 1997 NBA Playoffs, Bryant, just 18 years old at the time, averaged a dismal 8.2 points, 1.2 rebounds, and 1.2 assists per game. However, the then-rookie did notch a 22-point game against the Portland Trail Blazers in Round 1, followed by a 19-point effort versus the Jazz in the second round.

The Lakers would lose to the Jazz in 1997 in five games. Three years later, Kobe and Shaquille O’Neal led the Lakers to their first of three consecutive champions. Bryant would retire with five rings, securing the Finals MVP award in two of those championship runs (2009 and 2010).