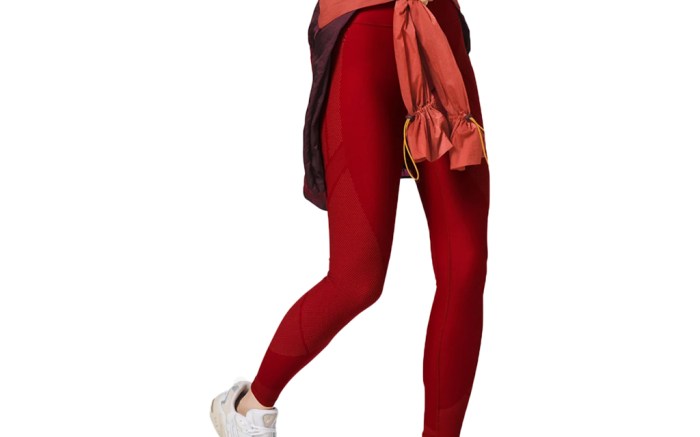 
California authorities on June 6 recovered a major shipment of stolen Lululemon merchandise, according to an announcement from the California Highway Patrol.

The theft was made known to investigators when three large boxes of Lululemon items were shipped from Ohio to Calif. Investigators followed the boxes to an apartment after being alerted to the shipment, where they found a total of 16 boxes filled with stolen Lululemon leggings.

According to the announcement from CHP, the merchandise came from multiple Lululemon stores across the U.S. in states such as Ohio, Illinois and Wisconsin. CHP said that Lululemon confirmed that this seizure represented “the largest recovery of stolen items in the company’s history.” The investigation is ongoing.

The news marks the latest report of a large-scale retail theft in recent weeks. In May, two Nordstrom employees were arrested in connection with a theft at the department store that employed them in Minnetonka, Minn. after police recovered $400,000 in stolen goods from a Nordstrom store.

Also in May, more than $700,000 in stolen merchandise was recovered and a San Francisco Bay-area man was arrested in connection with a smash-and-grab retail theft ring, California Highway Patrol (CHP) said. According to the CHP’s Golden Gate Division, authorities served search warrants at a home in Pittsburg, Calif. and at a nearby storage facility. During the search, investigators discovered stolen merchandise from multiple retailers, including Macy’s, Lululemon, Target, CVS, and more valuing “at least $715,000.”

This arrest came just months after Calif. Governor Gavin Newsom introduced a new plan to fight and prevent crime in the state as it faces a spike in organized smash-and-grab thefts.

In a letter to Congressional leadership in December, the CEOs of 20 leading retailers across the U.S. expressed urgent concern over the growing impact of organized retail crime. The signatories, which included the heads of Nordstrom, Target, Dick’s Sporting Goods and Foot Locker, implored lawmakers to pass the “INFORM Consumers Act,” legislation that will modernize consumer protection laws to safeguard families and communities from the sale of illicit products.
Post a Comment