Print Page
Athletic Footwear Sales Have Declined — and the Market Is About to Get Promotional
Friday, June 17, 2022
by: Footwear News
Section: Member News 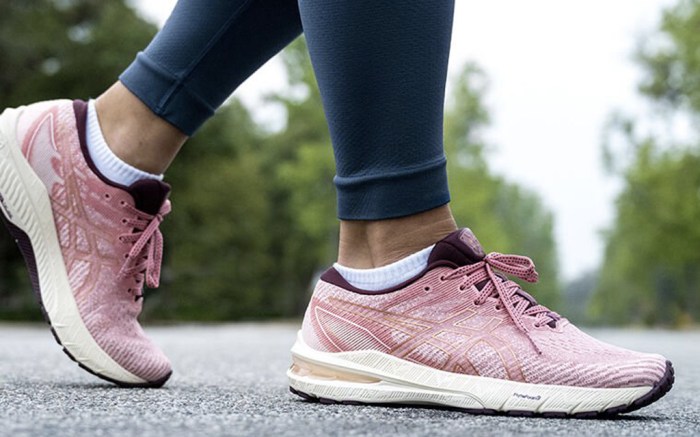 
Athletic footwear sales declined to start the year, and promotions could define the back half of 2022.

Matt Powell, senior sports industry adviser with The NPD Group, shared athletic footwear data during the market research company’s trend breakfast Friday morning at Outdoor Retailer Summer in Denver. During his presentation, Powell shared data from The NPD Group retail tracking service that revealed an 8.2% decline in athletic footwear sales for January through March compared to the same period in 2021.

For the first three months of 2022, athletic footwear sales totaled $6.09 billion, according to The NPD Group retail tracking service, down $546 million from the $6.65 billion mark the year prior.

“This is a major reversal of what we saw last year. If you recall, last year we were up about 20% in athletic footwear with average selling price up about 15 [percent],” Powell said. “What we think is happening here is a lack of stimulus money this year as compared to a year ago. That money found its way into some of the discretionary categories such as footwear and apparel.”

Although down, the industry insider did offer a positive outlook for the back half of the year. “We expect that this business will get better as we move into the second half when the stimulus money had less of the impact than it did in the first half of last year,” Powell said.

He did, however, state in his predictions at the end of his presentation that the lack of stimulus money this year “could be a headwind for at least the next 90 days or so, if not longer.”

Despite the athletic footwear sales decline, the mark in 2022 is much stronger than the same period in 2020, which was $4.84 billion. Powell explained that even though there was a drop, the good news is the most recent marks are well above even 2019 levels, and that the market has been “reset to a new higher standard.”

Today, NPD released data that revealed a few bright spots in athletic footwear to start the year. Looking how a heightened focus on health and wellness is impacting the footwear, apparel and sporting goods markets, NPD said sales of running and hiking footwear grew by roughly 20% from January to April versus the same period three years ago, and walking shoes grew more than 30%.

This, however, could shift in the months ahead, according to Powell. The shift would be a result of current supply chain issues tapering off, which could result in too much product in the market.

“I think we’re going to see far too much inventory out at retail and that’s going to require us to be more promotional,” Powell said.