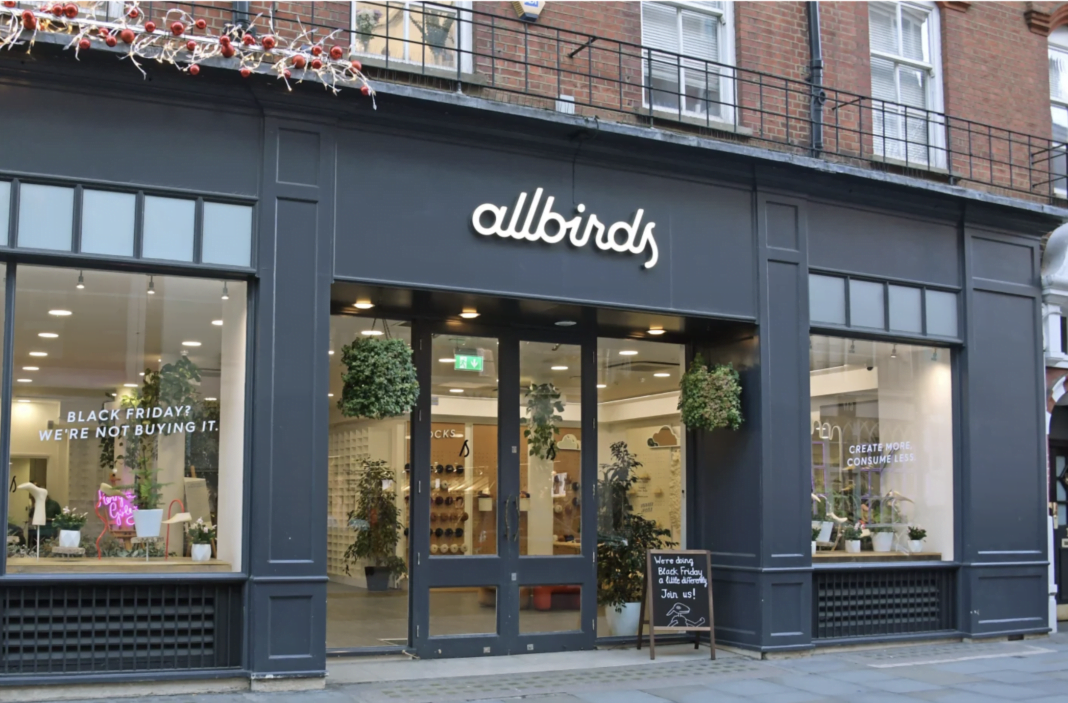 San Francisco-based sustainability-focused footwear and fashion brand Allbirds is entering the Canadian market this year with at least two permanent stores as the company launches in new markets globally. Co-Founder and Co-CEO Joey Zwillinger says that the first two stores will open in Vancouver and Toronto and that more will open as part of the expansion.

The first store will open this summer at 2262 West 4th Avenue in Vancouver’s Kitsilano neighbourhood — the street has become home to several international direct-to-consumer brands. The space will span more than 2,150 square feet on the main floor plus an additional 970 square foot mezzanine. Trevor Thomas of JLL Canada negotiated the deal on behalf of Allbirds. The landlord in the lease deal was represented by Mario Negris and Martin Moriarty of Marcus & Millichap. 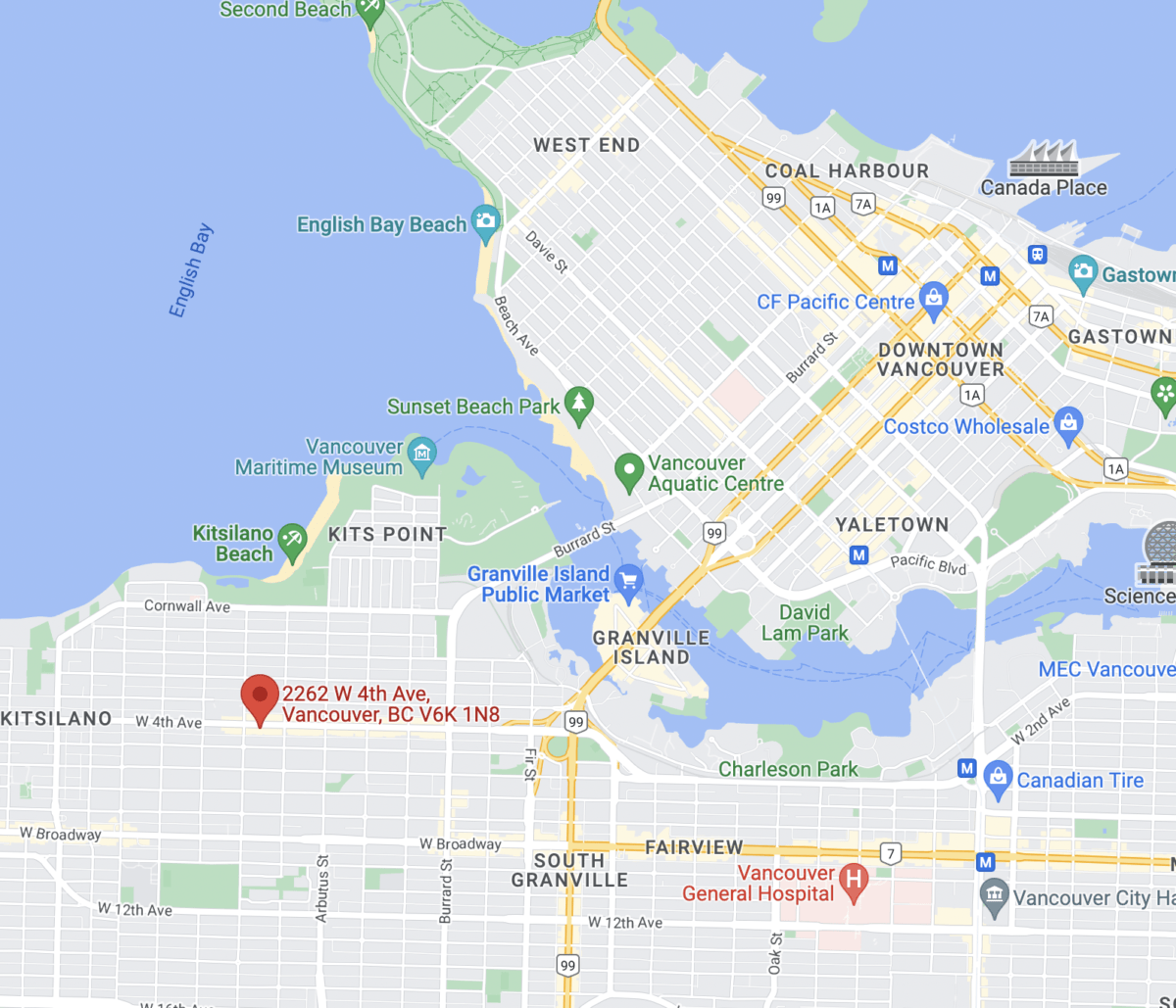 A second Allbirds location will open this fall at Toronto’s Yorkdale Shopping Centre. The 2,430 square foot store will replace an Innisfree location — Korean skincare brand Innisfree shut its Canadian stores and exited Canada last year because of the pandemic. Broker David Steuer negotiated the lease on behalf of the retailer with landlord Oxford Properties.

Co-Founder and Co-CEO Joey Zwillinger said in an interview that Vancouver and Toronto were chosen based on strong e-commerce sales. Allbirds also tested the Canadian market in 2018 with pop-ups at Nordstrom as well as a street front pop-up store on Queen Street West in Toronto that was reported on in Retail Insider at the time.

The new permanent stores will “bring community into stores” according to Zwillinger, who explained how the retail spaces will act as a home-base for “like minded people”. Experiential elements such as a run club, artists, food and ambassadors will be part of the mix.

Zwillinger said that more locations will follow as part of larger expansion for the company which filed for an IPO last year. Allbirds has seen tremendous growth from its stores which in the US saw growth “well in excess of 150%” in the first quarter. The company says that it plans to eventually operate hundreds of stores globally. There are currently less than 30 stores in the US. 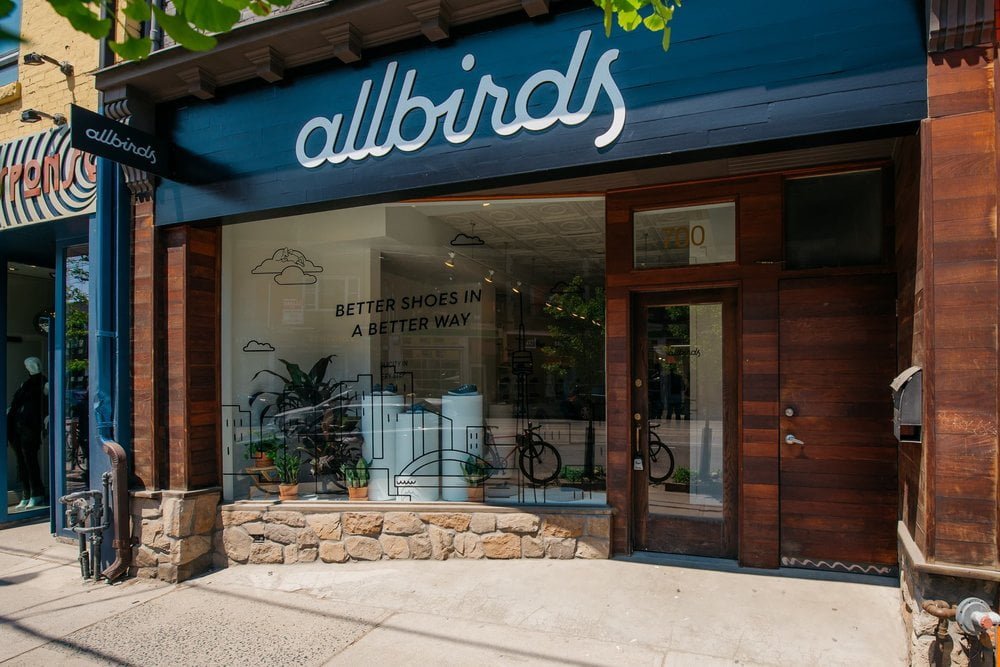 Wholesale could also be part of the mix for Canada according to Zwillinger, though retail partners have yet to be secured. In the US Allbirds announced its first wholesales deals this month with Zalando and Public Lands.

Allbirds was founded by Zwillinger and Tim Brown in 2014. Prior to founding the company, Zwillinger was a biotech engineer and renewable materials expert and Brown was a professional soccer player from New Zealand (he also has a degree from the London School of Economics).

A Kickstarter crowdfunding campaign in 2014 kicked-off the brand with the campaign reaching over $100,000 in sales in just four days. Zwillinger’s background helped design the construction of the rapidly growing brand while introducing additional sustainable materials such as a vegetable oil-based polyurethane insole.

In 2016, Zwillinger and Brown renamed the footwear brand as ‘Allbirds’ and launched products for the public. The Allibirds name is a historical reference to New Zealand having been so remote at one time that its only inhabitants were ‘all birds’. 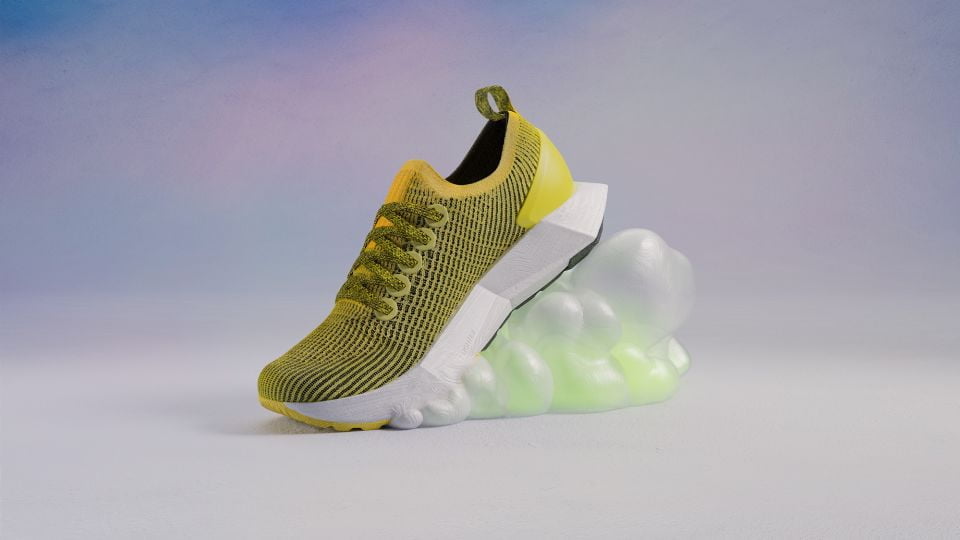 This week, Allbirds launched a new running shoe called Tree Flyer. The neutral, cushioned, lightweight running shoe was designed to tackle any running terrain and for longer distances. SwiftFoam technology is used for a tighter hold on one’s foot. A flared external heel counter provides support and helps ensure one is secure.

With a carbon footprint of just 9.92 kg CO2e, all of which is offset to zero, the shoe retails for $210 CAD and is available in the colours Lux Beige, Buoyant Yellow,  Natural Black, Blizzard, and Buoyant Orange.

This month as well, Allbirds will launch its Sugar Series of flip-flops made with sustainable sugarcane, giving consumers a simply designed shoe that Allbirds says is “a perfect blend of bounce, cushion, and comfort; all while having a light carbon footprint.”

We’ll report more on Allbirds Canadian expansion as we learn of new store openings in the works.